What we delivered in latest releases of the VSTS extension generator

You can now generate a dashboard widget. The generated sample contains the widget code and a configuration panel, with some input fields 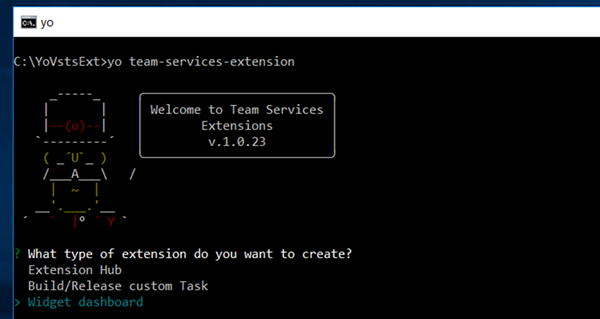 To make it easier for you to get started,  we removed dependent prerequisites from extensions, such as tfx-cli and typescript modules, and integrated them in the generated package.json files. 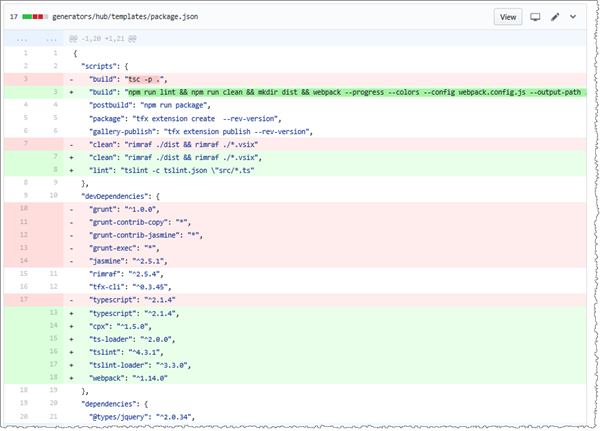 Similarly to reduce the complexity and make it simpler for you, we removed all extensions related to the grunt tasks, including the grunt modules and the gruntfile.js file, and replaced them as npm scripts in the package.json file.

To generate the package of an extension you just need to run the command:

It will compile the typescript and create the extension package.

See Why I Left Gulp and Grunt for npm Scripts for a discussion on the advantage of npm scripts versus grunt and gulp.

A good practice for Web application is to minification of scripts. It removes all unnecessary characters, making them smaller and faster to execute.

We added support for minification to the generated extension by checking syntax and minifying the extension scripts using the tslint and webpack modules.

In addition, this scripting optimization is built into the npm run build command of the extension. It’s easy to use and to integrate into your CI / CD pipeline.

The scripts section in package.json extension is:

Running the npm run build command will do the following in order:

We need your feedback! Here are some ways to connect with us: