Should I Use Visual Studio 2017 or VS Code For My Next Angular Application?

I engage with a lot of our customers that work on Angular applications and I frequently get asked the following question: Should we use Visual Studio 2017 or VS Code for our next application? The short answer is doesn't matter because both provide similar capabilities for the most part. In this blog post I will show you how to setup both environments to allow you to be productive when building your next Angular application.

Before I start let me debunk couple myths:

In this post I will focus on debunking the first myth while addressing the other myths in future posts.

In this example I will assume that you have already created an Angular application using the Angular-CLI. As you can see in the following figure, Visual Studio 2017 allows loading folder based projects. As a matter of fact Visual Studio 2017 installation adds a context menu where it allows you to simply right click inside the folder and load it with Visual Studio 2017.

Here is an Angular project loaded and being served from the terminal using the ng serve command. In this example I am using the Whack Whack terminal emulator extension for Visual studio which can be found here. 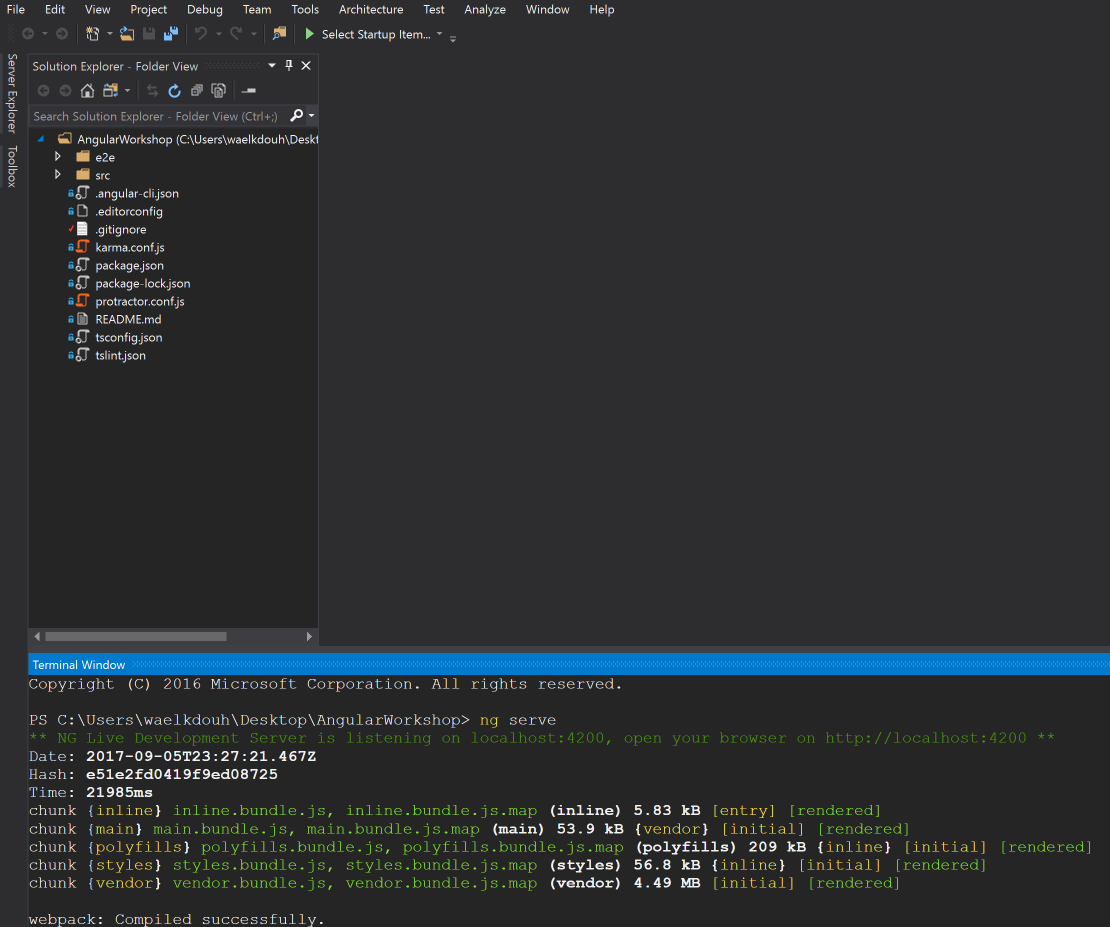 The same code loaded with VS Code provides a similar experience. Just like Visual Studio 2017,  you can add a context menu ( you have to opt in during installation of VS Code) which allows you to right click inside the folder and load it with VS Code. Here is an Angular project being served from the built in terminal using the ng serve command. 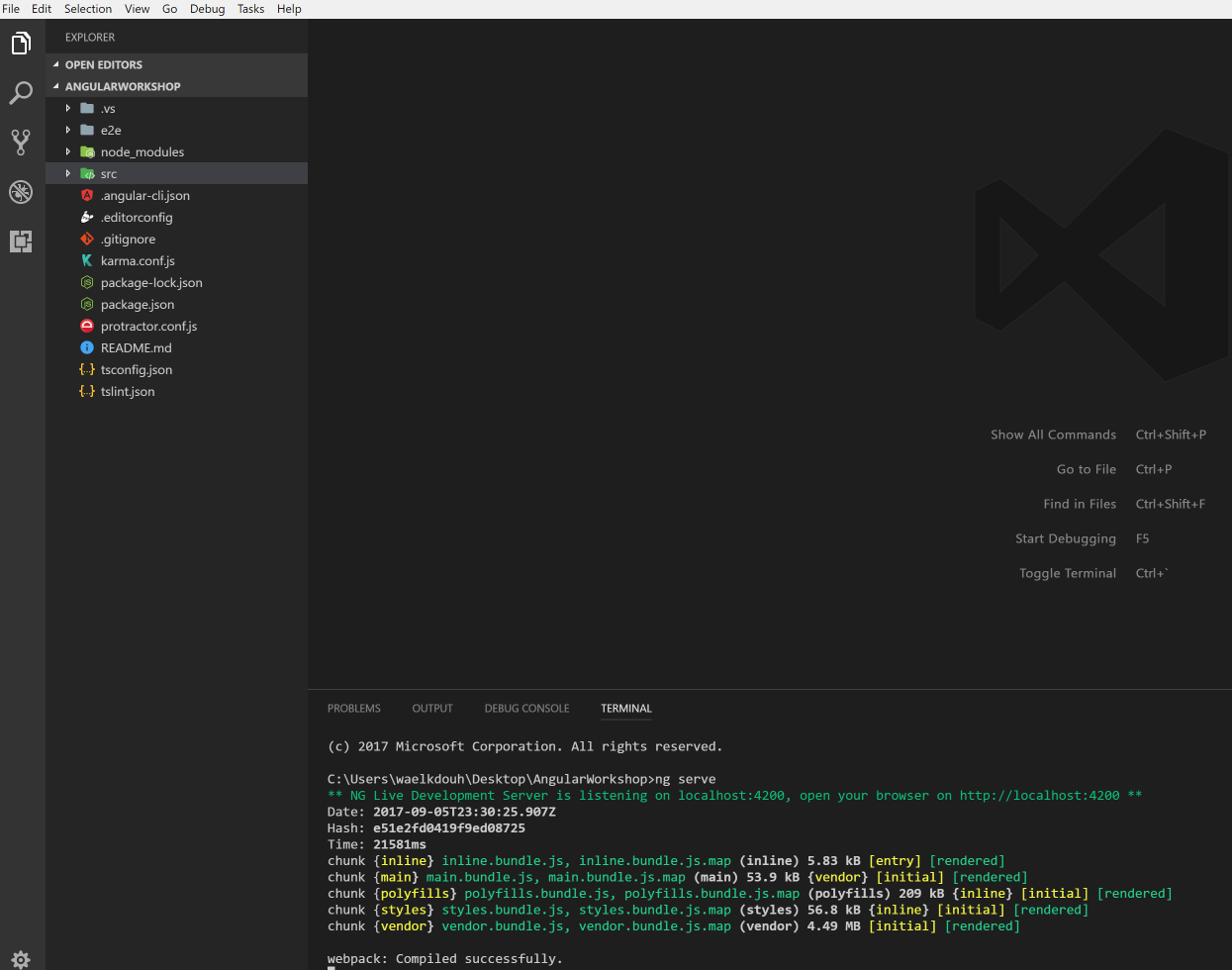