First, ensure that you have the Visual Studio Team Services (VSTS) extension installed:

In order to setup TFVC support we need to add one setting in the VS Code settings called "tfvc.location" and set it to the full path of the tf executable which is installed in Visual Studio. Here is the path setup on my machine:

With TFVC, the extension uses information about the current workspace to determine how to connect to Team Services. Workspaces can be created using the Visual Studio IDE, Eclipse or with the JetBrains IDEs. Note: At the time of writing this post, you will need to have a local TFVC workspace already available on your local machine. Support for Server Workspaces will be added in future updates. More information about the difference between the two types of workspaces can be found here. 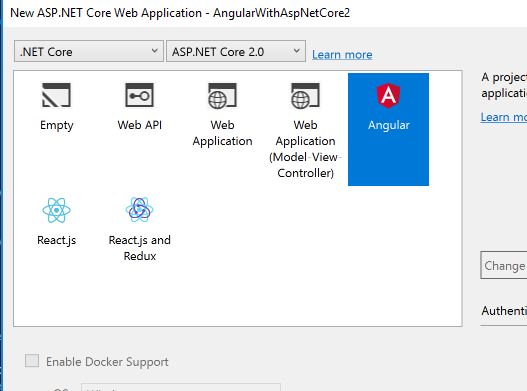 Now that the application is created and checked into your VSTS/TFS using VS 2017 we are ready to start working with the application from VS Code. The first time you load the project with VS Code you will prompted to run the signin command as you are not connected to Team Services yet: 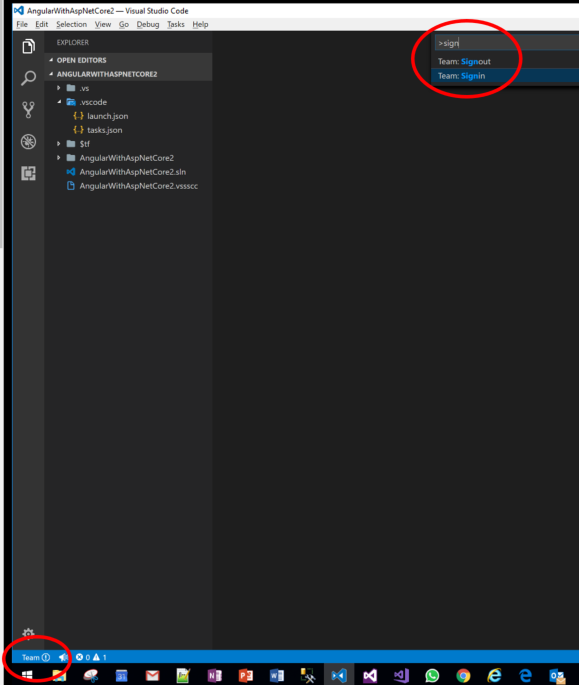 Here you will be prompted with two options to sign in. I highly recommend using the new authentication experience which will automatically generate an access token on your behalf under your account which covers all scopes and is valid for one year. More information about the new authentication mechanism can be found here.

If you are signed in successfully, VS Code should display the following icons in the lower left corner:

Now if you select the source control tab under VS Code you will notice that the source code control system is TFVC and the included/excluded changes are shown as well. At this point you are ready to check in your changes into your TFVC repository.

Congratulations as you have now setup VS Code to check in your code into a TFVC source code control system. If you are interested in some of the other features that are supported by the extension you can follow this link.