My name is Jim Causey, and I work on Core OS developer documentation for Windows Mobile.  I’ve been working as a Windows developer in both higher education and private industry for 15 years, and have worked as a writer and editor for SAMS, Microsoft Press, and now Microsoft for most of that time.  You can find out more about me at my MSDN blog, Far Pointer.

One of the things I like best about owning a Windows Mobile phone (a Samsung BlackJack II running Windows Mobile 6.1) is the diverse ecosystem of developers writing apps for my device.  Whenever you have a strong developer community, you find a range of alternatives to match the way you like to work and play.  When it comes to Web browsers for Windows Mobile, there are a number of options other than Microsoft’s Internet Explorer Mobile.  Let’s look at a few of the browsers out there today, and one that’s in development.

Skyfire uses the Gecko rendering engine from Mozilla, and loads and renders all content on Skyfire Labs’ servers; this allows the browser to correctly render any Web page you could normally view on a PC, including sites using Silverlight, Adobe Flash, Apple’s QuickTime, and other technologies.  Skyfire compensates for a mobile device’s small screen by letting you scroll and zoom selectively on the page.

The screen shot below shows the Skyfire splash screen from my BlackJack II: 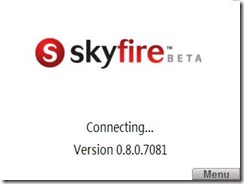 Because Skyfire doesn’t report itself to sites as a mobile browser, you get the full desktop version of each page that you visit. I’ve had great luck using Skyfire on my Q9H and BlackJack II; I’ve used it for everything from playing with Facebook to accessing my online bank statements to watching TV shows at Hulu.com!

Here’s the root page for Ars Technica as rendered by Skyfire: 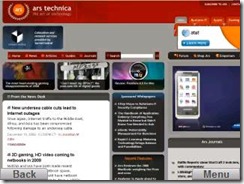 As you can see, it’s rendering all the content, including the Flash ad at the right.  The next screenshot shows the page zoomed in by two levels: 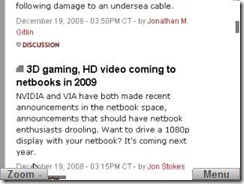 Next, I went to YouTube to pull up the Dramatic Chipmunk video; I zoomed in so you could see his beady little eyes: 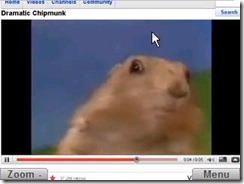 Next, time to watch some Battlestar Galactica (the classic series) on Hulu.com: 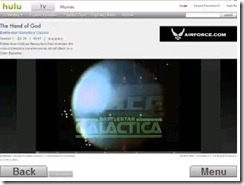 …and a zoomed-in version of the same episode: 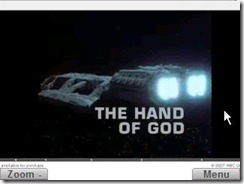 Performance is quite good… in fact, Laptop Magazine recently held a Mobile Browser Showdown where Skyfire proved faster than either Opera Mobile or Safari on the iPhone.  I’ve seen occasional rendering delays in scrolling around a page, but nothing I wouldn’t expect from pre-release software.

Skyfire is available for free from Skyfire Labs by joining the company’s public beta program; as of today, the current version is Beta 0.8.5.

Opera Mini is available as a free download from Opera Software. Opera Mini is a Java application, and works by downloading and rendering content remotely. The current version, Opera Mini 4.2, also features Opera Link, which synchronizes your bookmarks and other personal customizations between Opera running on your desktop, or even on other mobile devices running Opera Mini.  Opera Mini is also skinnable, letting you choose from a range of attractive looks for the browser UI.  Opera Mini doesn’t seem to let you view the same wide range of rich content as Skyfire; for example, YouTube only currently works on Opera Mini on phones from Sony Ericsson and Nokia.

The first step in running Opera Mini is to find where it has installed; on my BlackJack II, I had to run the Java launcher in order to find it: 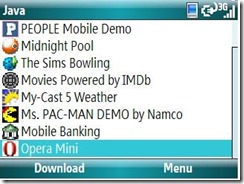 Next, you’ll see the splash screen: 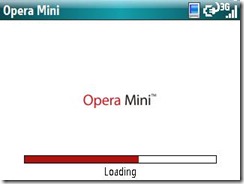 And, for the sake of parity, the Ars Technica home page: 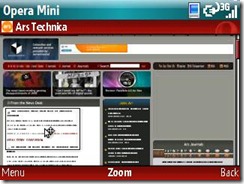 As you can see, Opera Mini isn’t loading the Flash ad on the right.  Finally, I zoomed in to read the text: 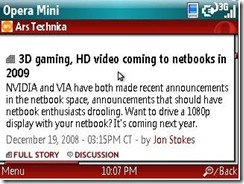 Opera Mobile is Opera’s premier mobile Web browsing solution, and the latest release version (8.65) is available for individual purchase as well as being bundled by Mobile Operators with their phones.  You can also try the beta of Opera Mobile 9.5 for free.

Unlike Opera Mini, Opera Mobile is a full-featured Web browser, and downloads and renders all content locally. Opera Mobile defaults to a full-page Web view, and lets you scroll and zoom as needed. Opera Mobile also features multi-tab browsing and Opera’s Dragonfly tools for Web development and debugging. Finally, Opera Software boasts that Opera Mobile is one of the fastest Mobile browsers available. Here’s the Opera Mobile splash screen: 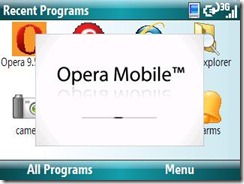 Opera Mobile is designed for touch-screen devices, and doesn’t work terribly well on my BlackJack II.  I did, however, manage to wrestle the device into giving me the following Opera Mobile screenshot with Ars Technica so you can see a comparison: 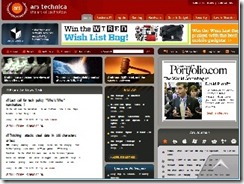 Fennec is Mozilla’s code name for their effort to port Firefox to mobile devices, including Windows Mobile.  Brad Lassey, the lead developer on the Fennec project, has posted a series of blog articles about getting Fennec up and running in a Windows Mobile emulator.

Fennec is still under development, so there aren’t any Windows Mobile builds available for download yet.  You can, however, preview Fennec by running an early developer release (Alpha 1, as of today) on your Windows, Mac OS X, or Linux desktop.  This screen shot shows the Ars Technica page running in Fennec on my Windows Vista SP1 box: 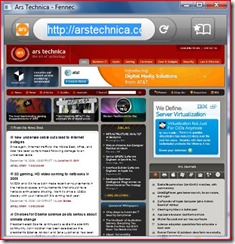 Fennec has a cool interface that lets you drag to the right to see all your current tabs: 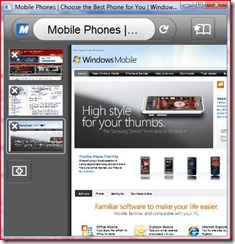 …and drag to the left to see your available controls: 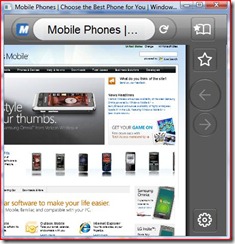 Additionally, because Fennec is an open-source project, developers can try their hand at building Fennec for Windows Mobile themselves.

I’ve been an avid Firefox user on my Windows machines for years now, so I’m eagerly awaiting broader availability of a Fennec build for Windows Mobile.