This article applies to businesses or teams that want to reduce their manual processes, also known as toil, in troubleshooting or diagnostics. Specifically, this solution shows how to write troubleshooting guides or diagnostic steps in Jupyter Notebooks that you can reuse, test, and automate.

Beyond troubleshooting and diagnostics, you can apply this methodology to routine scenarios that benefit from automation but that sometimes require manual execution. Examples include backing up and restoring a database or creating a tutorial on how to diagnose application health issues.

You can use Azure Logic Apps and Azure Automation to automate the troubleshooting guides, diagnostic steps, or other tasks that you have in Jupyter Notebooks. You can create, edit, and test Jupyter Notebooks manually by using your favorite client tools, like Visual Studio Code and Azure Data Studio. 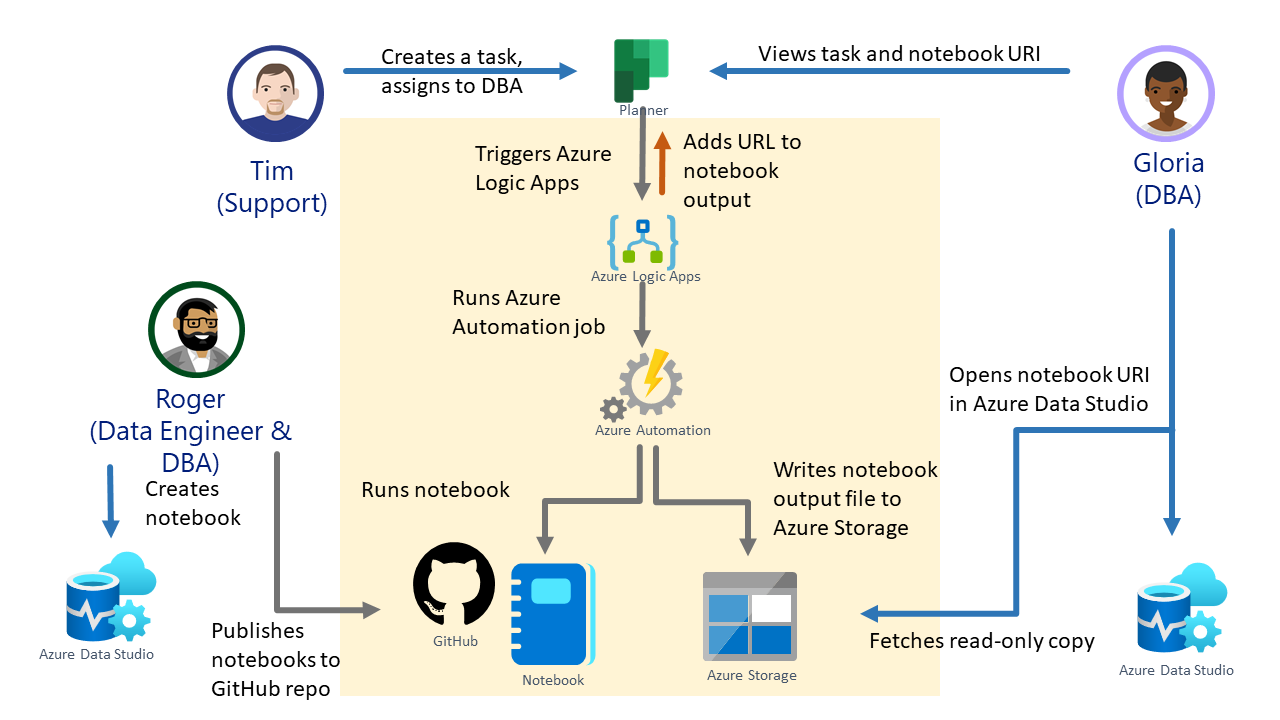 This scenario covers a diagnostic/troubleshooting development and operations flow at a high level.

You can use Azure Functions instead of Automation to run the notebooks.

User-assigned managed identity is a good way to grant Automation runbooks access to the other required Azure resources. For example, when the Automation runbook runs Invoke-SqlNotebook against an Azure SQL database, the Automation account requires the appropriate access to the database. This authorization is best managed via a user-assigned managed identity that corresponds to a user or a role in Azure SQL.

If you use Azure DevOps as a host for your repository, be sure to use Git for source control (instead of Team Foundation Version Control). We recommend Azure DevOps because both Azure Data Studio and Visual Studio Code support Git natively.

A pricing estimate is available here. The price depends on the size of the notebook output and the workflow definition in Logic Apps (for example, how often it triggers and how long it runs).

Watch From Oops to Ops: Incident Response with Jupyter Notebooks to learn more about how to put this solution together and the motivation behind it.