Samadii Plasma is a particle-based solution for the analysis of plasma behavior.

Why deploy Samadii Plasma on Azure? 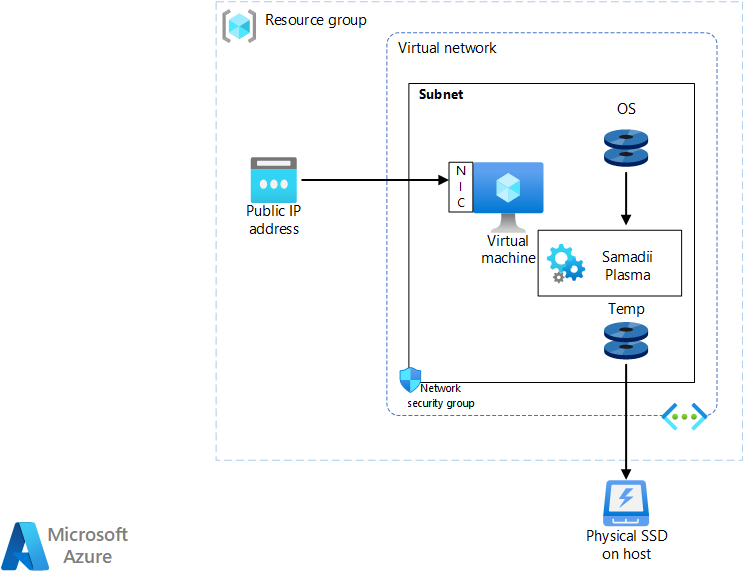 To take advantage of the GPU capabilities of NVv3, NCas_T4_v3, NCv3, and ND_A100_v4 VMs, you need to install NVIDIA GPU drivers.

Before you install Plasma, you need to deploy and connect a VM, install an eligible Windows 10 image, and install the required NVIDIA and AMD drivers.

NVIDIA Fabric Manager installation is required for VMs that use NVLink. ND_A100_v4 VMs use this technology.

Windows 10 Professional, version 20H2, with an x86-64 architecture, was used for all tests. The following table shows the processors that were used.

Three models were used for testing, as shown in the following sections.

Results for the magnetron sputter model 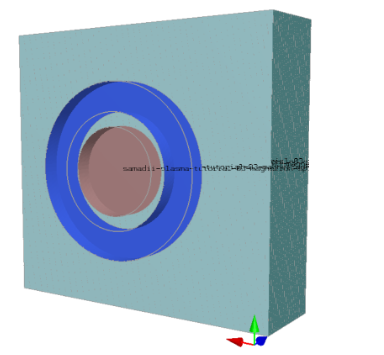 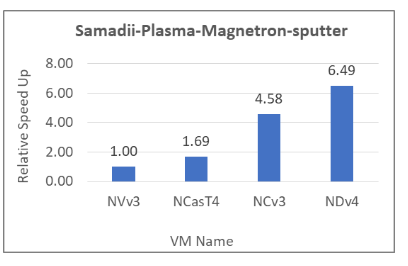 Results for the import inlet model 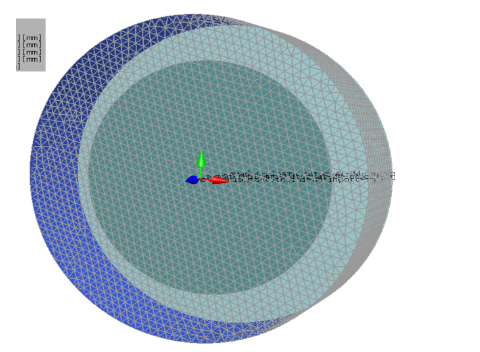 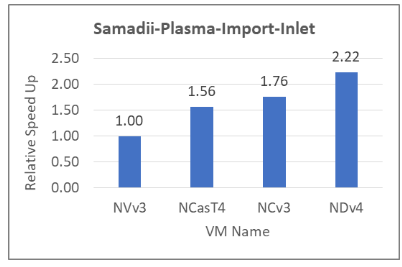 Results for the sputtering target model 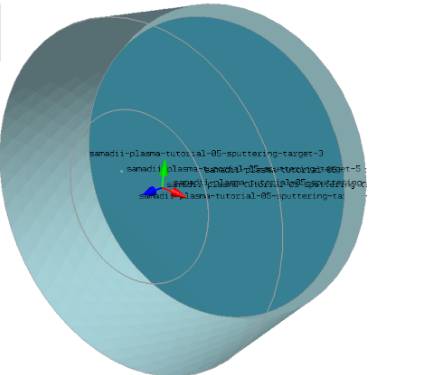