Azure Automation in a hybrid environment

Runbooks in Azure Automation run on the Azure cloud platform and might not have access to resources that are in other clouds or in your on-premises environment. You can use the Hybrid Runbook Worker feature of Azure Automation to run runbooks directly on the machine that hosts the role and against resources in the environment to manage those local resources. Runbooks are stored and managed in Azure Automation and then delivered to one or more assigned machines. 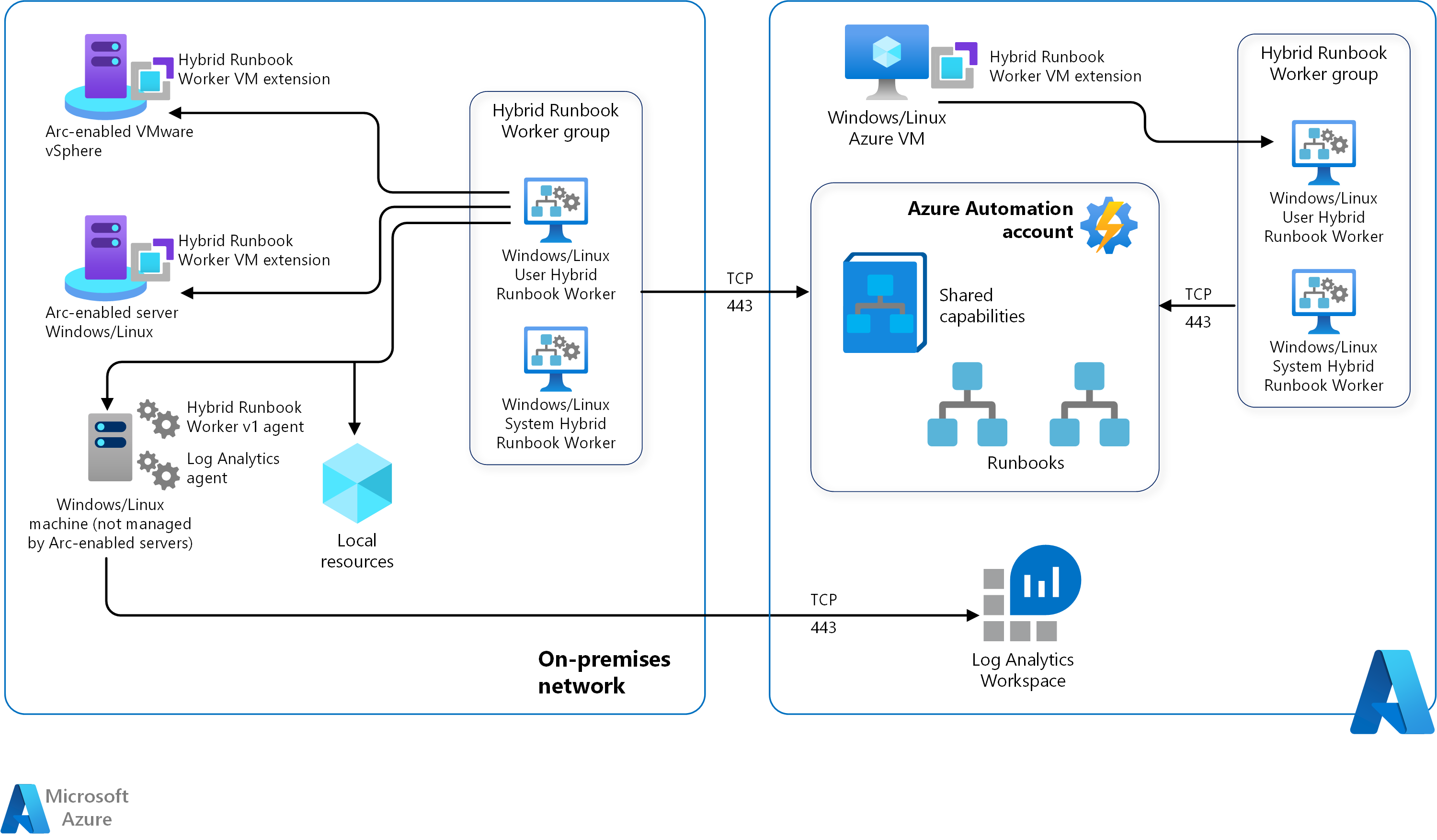 The Hybrid Runbook Worker architecture consists of the following: 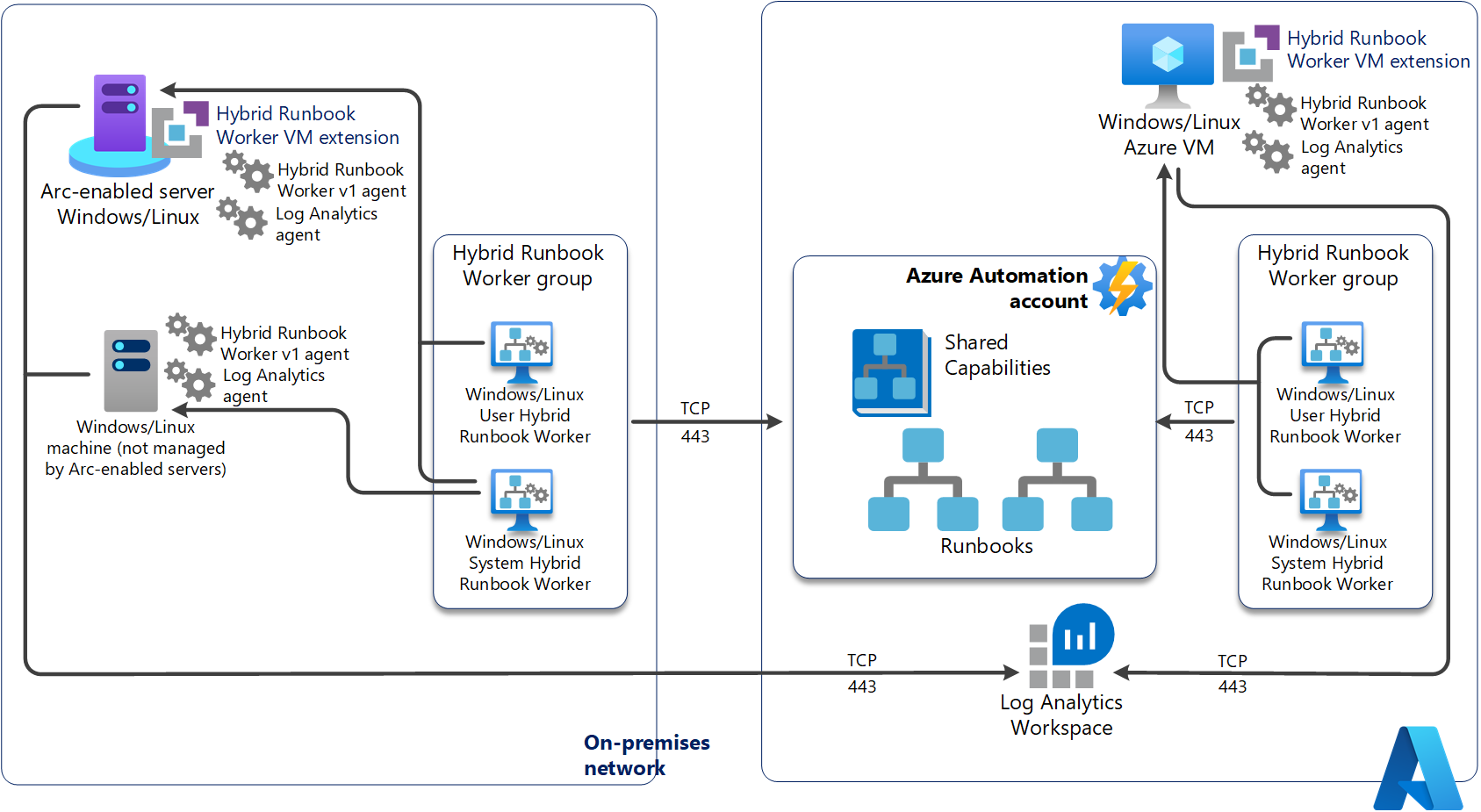 When you start a runbook on a user Hybrid Runbook Worker, you specify the group that it runs on. Each worker in the group polls Azure Automation to see if any jobs are available. If a job is available, the first worker to get the job takes it. The processing time of the jobs queue depends on the hybrid worker hardware profile and load. You can't specify a particular worker. Hybrid worker works on a polling mechanism (every 30 secs) and follows an order of first-come, first-served.

Azure Automation provides native integration of the Hybrid Runbook Worker role through the Azure virtual machine extension framework. The Azure VM agent is responsible for managing the extension on Azure VMs, both Windows and Linux, and on non-Azure machines through the Arc-enabled servers connected machine agent. There are two Hybrid Runbook Workers installation platforms that are supported by Azure Automation.

There are two types of Runbook workers, System and User.

User supports user-defined runbooks that are intended to run directly on the Windows and Linux machines that are members of one or more Runbook Worker groups.

Reliability ensures that your application can meet the commitments that you make to your customers. For more information, see Overview of the reliability pillar.

Cost optimization is about looking at ways to reduce unnecessary expenses and to improve operational efficiencies. For more information, see Overview of the cost optimization pillar.