Tailspin is a fictional company that is developing a SaaS application named Surveys. This application enables organizations to create and publish online surveys.

To get started with the application, see the GitHub readme.

Authenticated users can view surveys that they created or have contributor rights to. They can create new surveys. Notice that the user is signed in with an organizational identity, bob@contoso.com. 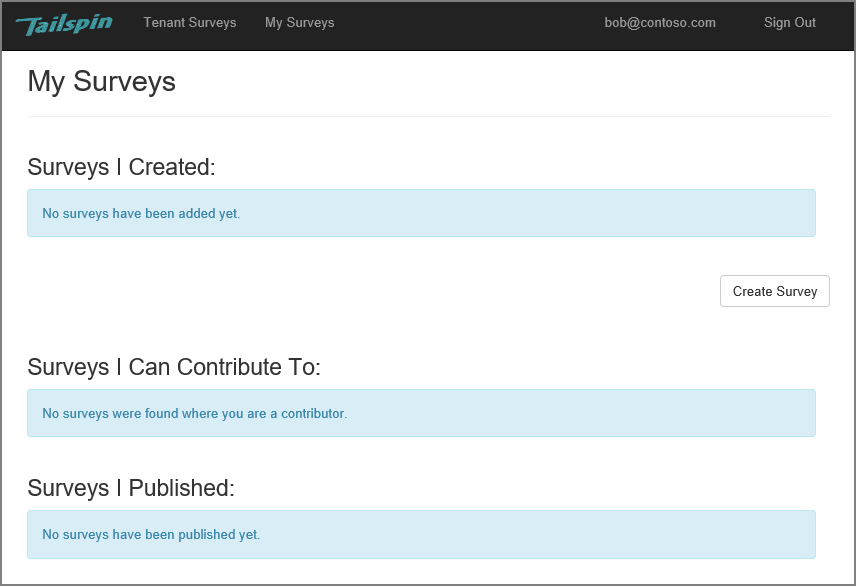 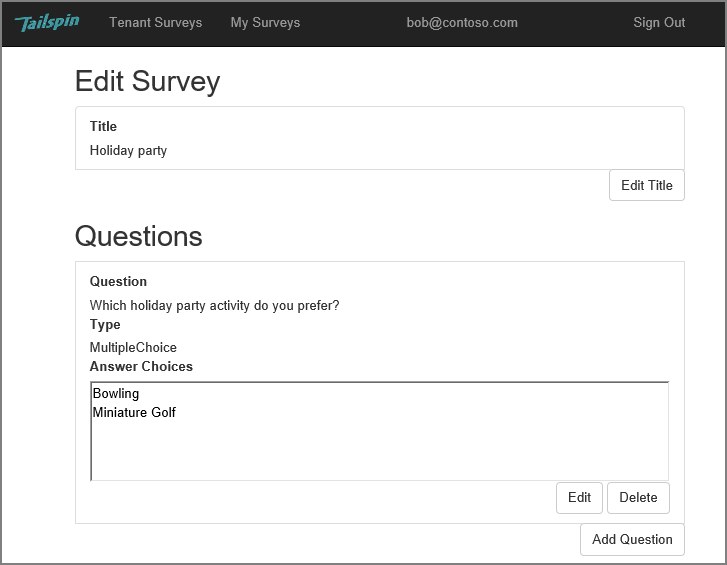 Users can also view any surveys created by other users within the same tenant. 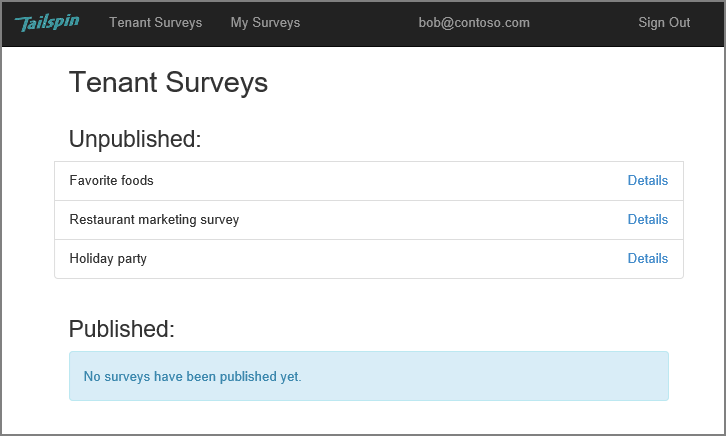 When a user creates a survey, he or she can invite other people to be contributors on the survey. Contributors can edit the survey, but can't delete or publish it.

A user can add contributors from other tenants. Adding contributors enables cross-tenant sharing of resources. In this screenshot, Bob (bob@contoso.com) is adding Alice (alice@fabrikam.com) as a contributor to a survey that Bob created.

When Alice logs in, she sees the survey listed under "Surveys I can contribute to". 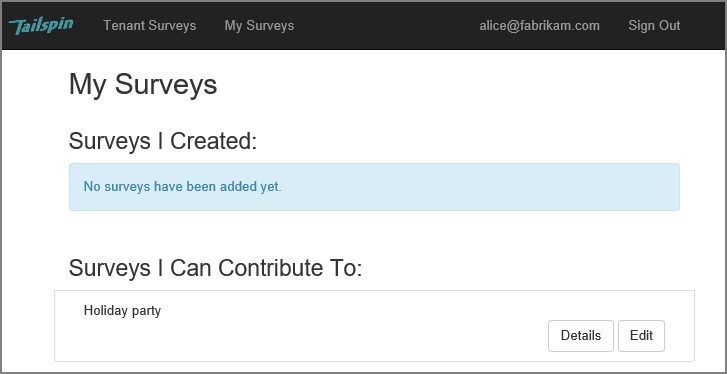 The Surveys application consists of a web front end and a web API backend. Both are implemented using ASP.NET Core. 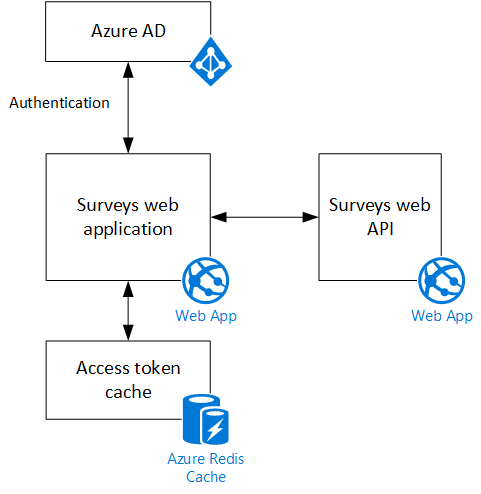 The diagram shows components in boxes, interacting with other components via two-way arrows. The Surveys web application authenticates with Azure AD to get access tokens for the web API, and caches the tokens in the Azure Cache for Redis access token cache.