Use a queue that acts as a buffer between a task and a service it invokes in order to smooth intermittent heavy loads that can cause the service to fail or the task to time out. This can help to minimize the impact of peaks in demand on availability and responsiveness for both the task and the service.

Many solutions in the cloud involve running tasks that invoke services. In this environment, if a service is subjected to intermittent heavy loads, it can cause performance or reliability issues.

A service could be part of the same solution as the tasks that use it, or it could be a third-party service providing access to frequently used resources such as a cache or a storage service. If the same service is used by a number of tasks running concurrently, it can be difficult to predict the volume of requests to the service at any time.

A service might experience peaks in demand that cause it to overload and be unable to respond to requests in a timely manner. Flooding a service with a large number of concurrent requests can also result in the service failing if it's unable to handle the contention these requests cause.

The queue decouples the tasks from the service, and the service can handle the messages at its own pace regardless of the volume of requests from concurrent tasks. Additionally, there's no delay to a task if the service isn't available at the time it posts a message to the queue.

This pattern provides the following benefits:

This pattern is useful to any application that uses services that are subject to overloading.

This pattern isn't useful if the application expects a response from the service with minimal latency. 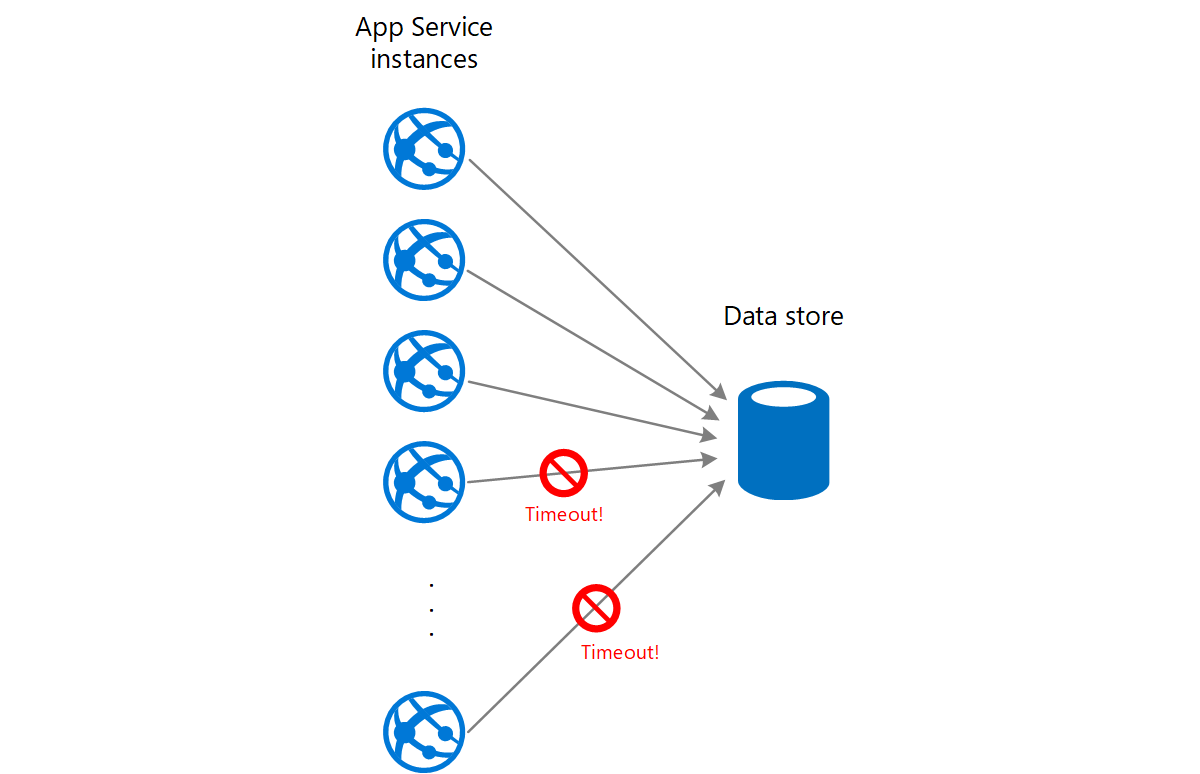 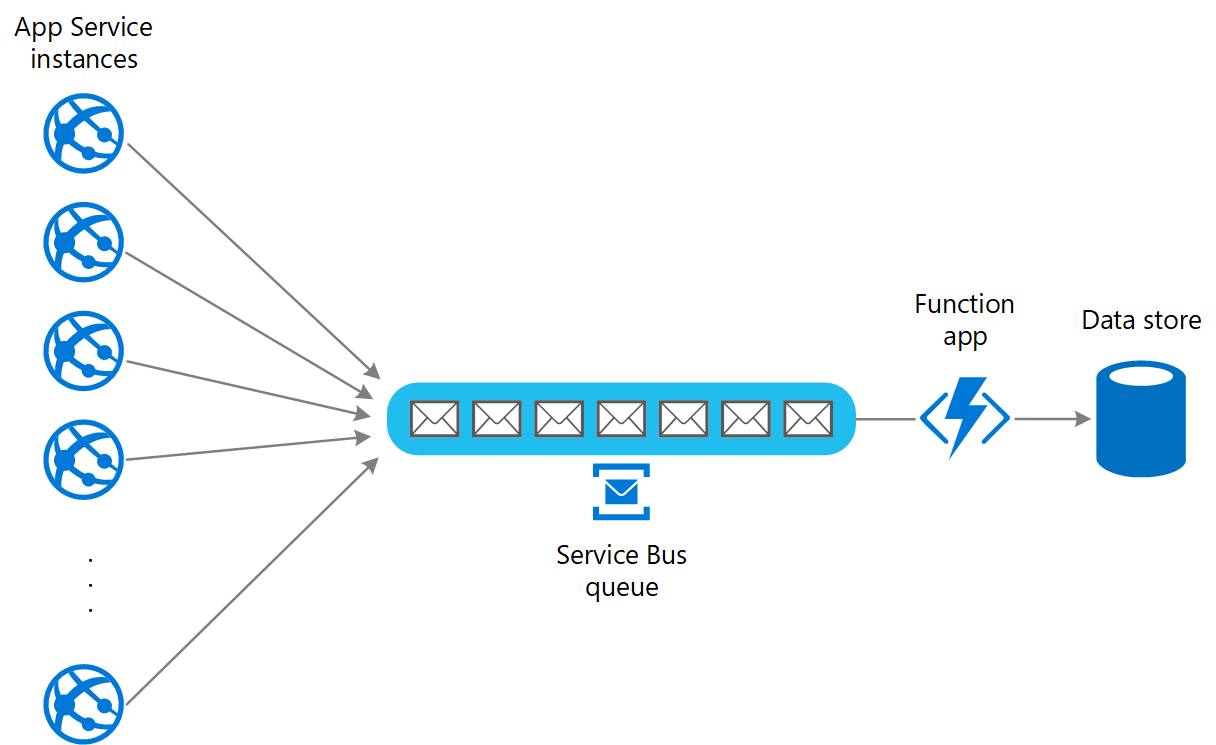