Segmentation is a model in which you take your networking footprint and create software defined perimeters using tools available in Microsoft Azure. You then set rules that govern the traffic from/to these perimeters so that you can have different security postures for various parts of your network. When you place different applications (or parts of a given application) into these perimeters, you can govern the communication between these segmented entities. If a part of your application stack is compromised, you'll be better able to contain the impact of this security breach, and prevent it from laterally spreading through the rest of your network. This ability is a key principle associated with the Zero Trust model published by Microsoft that aims to bring world-class security thinking to your organization

When you operate on Azure, you have a wide and diverse set of segmentation options available to help you be protected.

The following patterns are common, when it comes to organizing your workload in Azure from a networking perspective. Each of these patterns provides a different type of isolation and connectivity. Choosing which model works best for your organization is a decision you should make based on your organization's needs. With each of these models, we describe how segmentation can be done using the above Azure Networking services.

It's also possible that the right design for your organization is something other than the ones we list here. And that outcome is expected, because there's no one size that fits everyone. You might end up using principles from across these patterns to create what's best for your organization. The Azure platform provides the flexibility and tooling you need.

In this pattern, all the components of your workload or, in some cases, your entire IT footprint is put inside a single virtual network. This pattern is possible if you're operating solely in a single region since a virtual network can't span multiple regions.

The entities you would most likely use for creating segments inside this virtual network are either NSGs or ASGs. The choice of which depends on whether you want to refer to your segments as network subnets or application groups. The image below is an example of how such a segmented virtual network would look like. 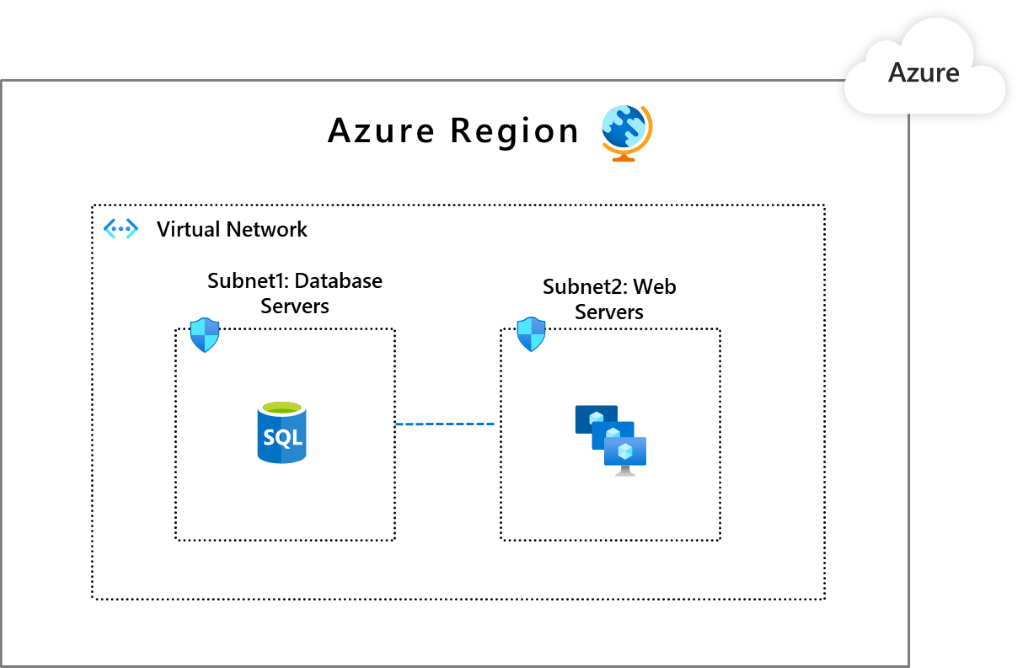 In this setup, you have Subnet1, where you placed your database workloads, and Subnet2, where you've placed your web workloads. You can put NSGs that say the Subnet1 can talk only with Subnet2, and the Subnet2 can talk to the Internet. You can also take this concept further in the presence of many workloads. Carve out subnets that, for example, won't allow one workload to communicate to the backend of another workload.

Although we used NSGs to illustrate how subnet traffic can be governed, you can also enforce this segmentation by using a Network Virtualized Appliance from Azure Marketplace or Azure Firewall.

Pattern 2: Multiple virtual networks with peering in between them 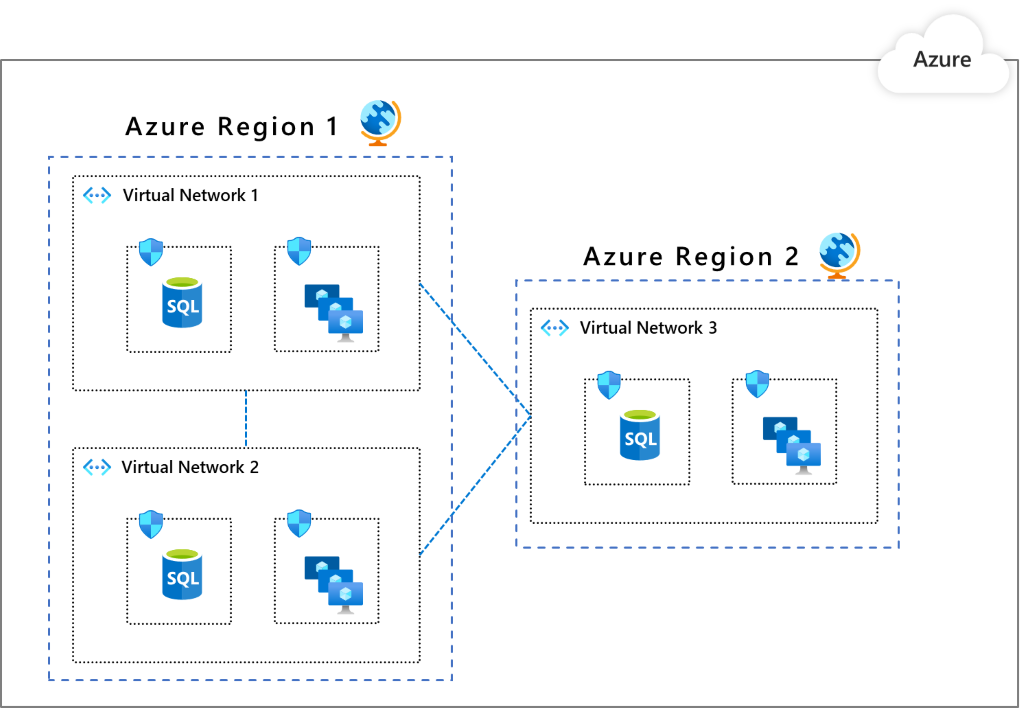 Pattern 3: Multiple virtual networks in a hub and spoke model 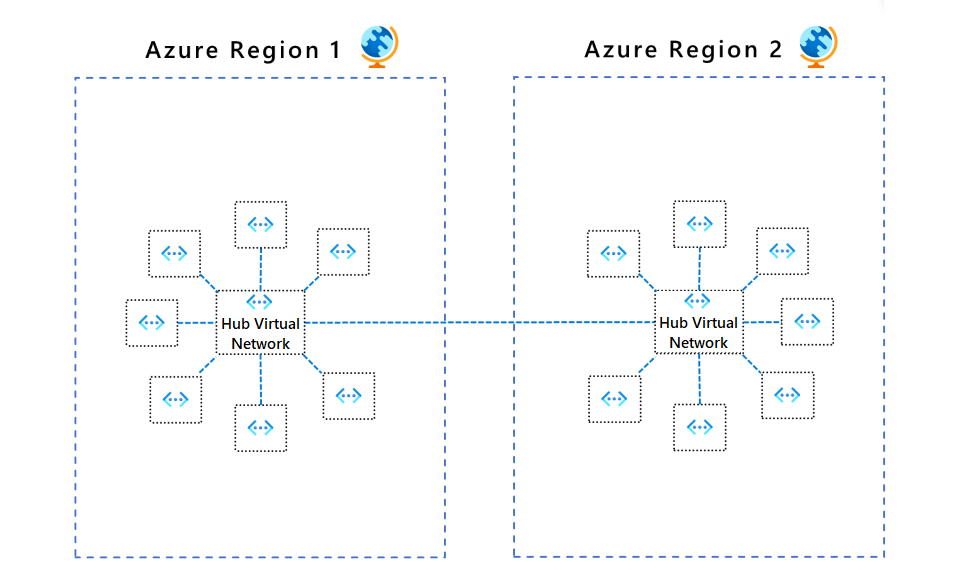 The following table shows a comparison of the pattern topologies:

While AVNM is a great solution for protecting an organization's entire network with a minimum set of network rules, NSGs and ASGs still need to be used to apply granular network rules to each virtual network, in addition to AVNM. This process can vary from system, to system based on their security requirements.