Lately, we had a customer who contacted us for a performance issue where their server performed much worse in SQL Server 2016 following upgrade.  To show us as an example, he even captured a video.  In the video, he showed that the session that was compiling the query had multiple threads waiting on LATCH_EX of ACCESS_METHODS_DATASET_PARENT.  This type of latch is used to synchronize dataset access among parallel threads.  In general, it deals with large amount of data.   Below is a screenshot from the video. Note that I didn’t include complete columns because I don’t want to reveal customer’s database and user names.   This is very puzzling because we should not see parallel threads during true phases of compiling. 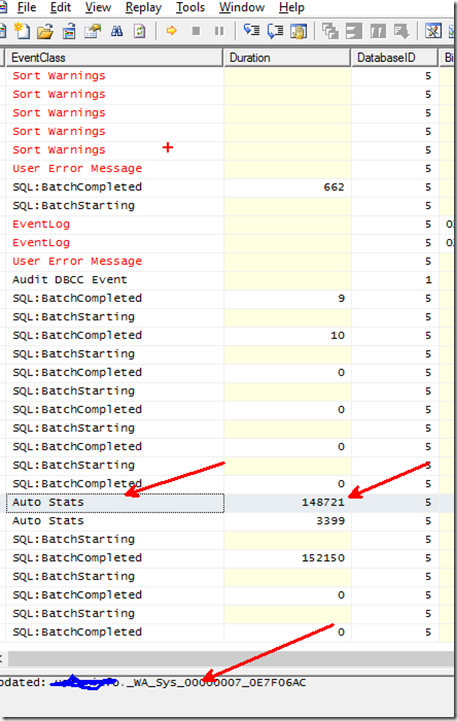 This turned out to be the default auto stats threshold change in SQL 2016.

Old threshold: it takes 20% of row changes before auto update stats kicks (there are some tweaks for small tables, for large tables, 20% change is needed).  For a table with 100 million rows, it requires 20 million row change for auto stats to kick in. For vast majority of large tables, auto stats basically doesn’t do much.

SQL Server 2014 or below: default is the old threshold.  You can use trace flag 2371 to activate new threshold

Customer very frequently ‘merge’ data into some big tables. some of them had 300 million rows.  The process triggered much more frequent stats update now because of the threshold change for the large tables.

The solution is to enable asynchronous statistics update.  After customer implemented this approach, their server performance went back to old level. 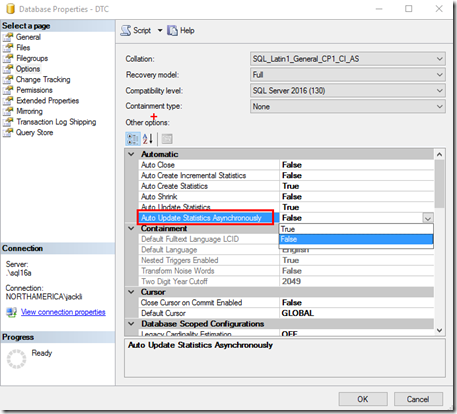