This article outlines a scenario in which a hypothetical US-based customer, Contoso, has recently acquired another company based in Europe and is in the process of CRM and ERP systems between the two companies. As part of this integration, they must keep a portion of their Dynamics 365 Dataverse entities in sync until they can be fully integrated. A Conotso proprietary line-of-business (LOB) app consumes data from both systems and must be able to accept requests when the data is awaiting synchronization or when it's missing. The following guide shows how to account for eventual consistency between Power Platform instances. 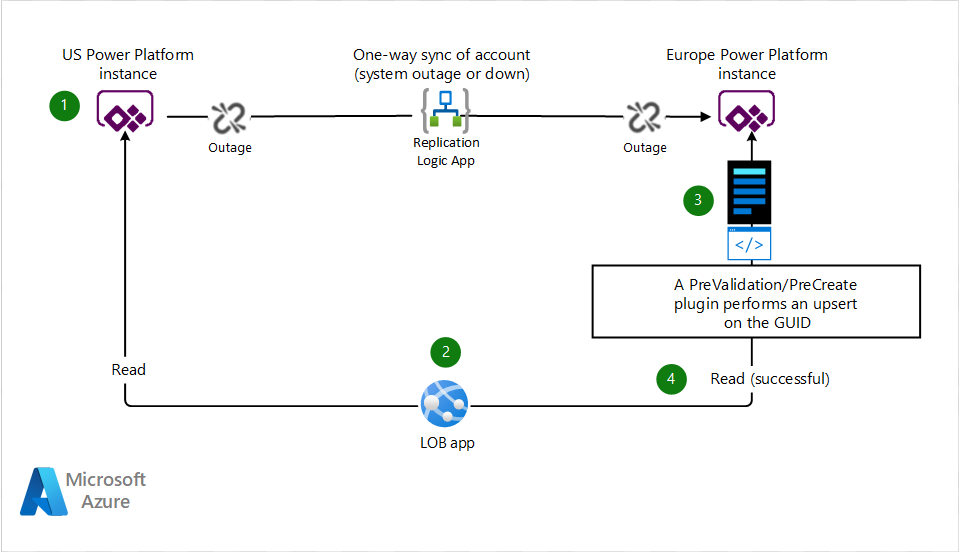 This solution can be built with several plugin steps, within the plugin lifecycle. When the entity that you're creating is mandatory, use the PreValidation step. PreValidation happens before any database transactions are started. It's the preferred option, if the field is mandatory. However, in some scenarios, a PreCreate plugin step will suffice.

Microsoft recommends introducing a circuit breaker pattern in your custom code to back off and retry as part of this solution to handle platform outages when referencing either instance. For more information about using a circuit breaker, see Circuit Breaker Pattern.

The scenario described above uses a custom Logic App as the replication method. However, there are multiple ways to replicate data between Dataverse instances, which include, but aren't limited to:

When the syncing process works as designed, line of business applications that consume from both instances don't have issues. However, syncing mechanisms are never error proof, outages or unexpected issues will likely arise. In that case, your line of business application that consumes data from both instances must be built to handle incomplete data.

In order for Contoso's new European subsidiary to be integrated into Contoso's business structure, they must synchronize accounts and contacts from one instance of Power Platform to another. In this scenario, the US instance of Power Platform syncs a daily batch of reference data via a custom Logic App to the European instance. A proprietary Contoso LOB app generates reporting on problem tickets that users have created. To complete this task, the LOB app reads user data from both Dataverse instances to pull the relevant data, the primary reference keys from the US instance and the ticket data from the Europe instance. If the synchronization process hasn't been completed due to downtime, maintenance, or another communications issue, the request will produce an error due to entities missing from the Europe instance.

This pattern can be useful in the following situations:

When to use this approach

Use this approach in the following scenarios:

This pattern may not be suitable in the following scenario:

The following examples show the potential journeys and the result of synchronization delays.

Example 1 - Successful path with no outage or transient errors 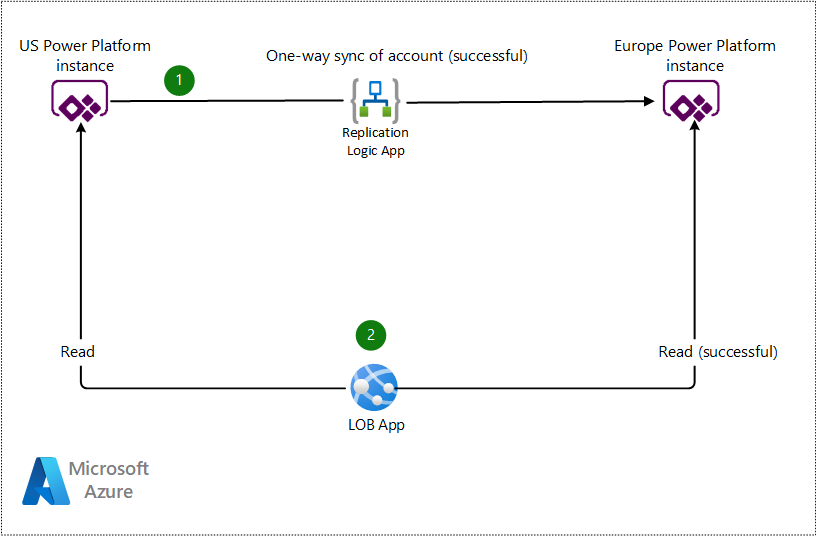 Example 2 - Unsuccessful path where sync is down or delayed 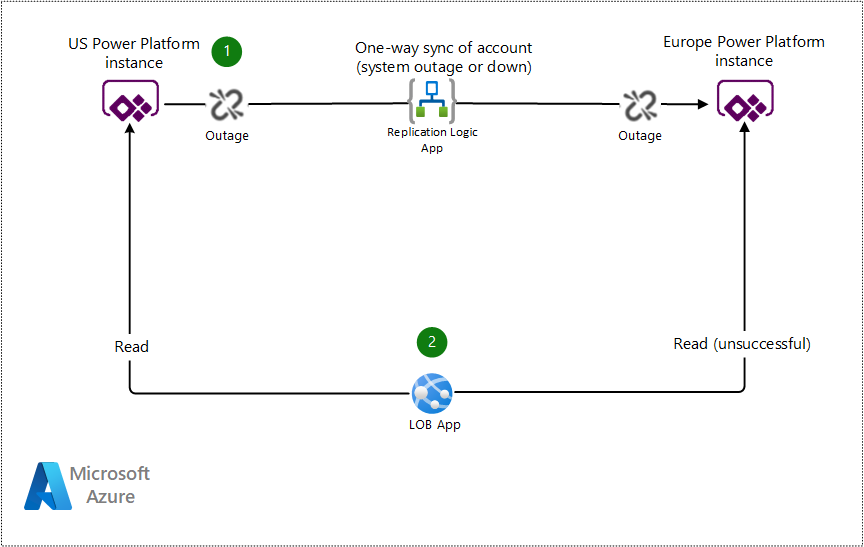 Consider the impact of any business logic on an entity that isn't hydrated yet. Consider a scenario where the entity isn't fully hydrated and synchronized yet. Some of the properties will be null, so you need to ensure that any decisions on the data are factored in when using this approach.