All Done With the Lego Wonder 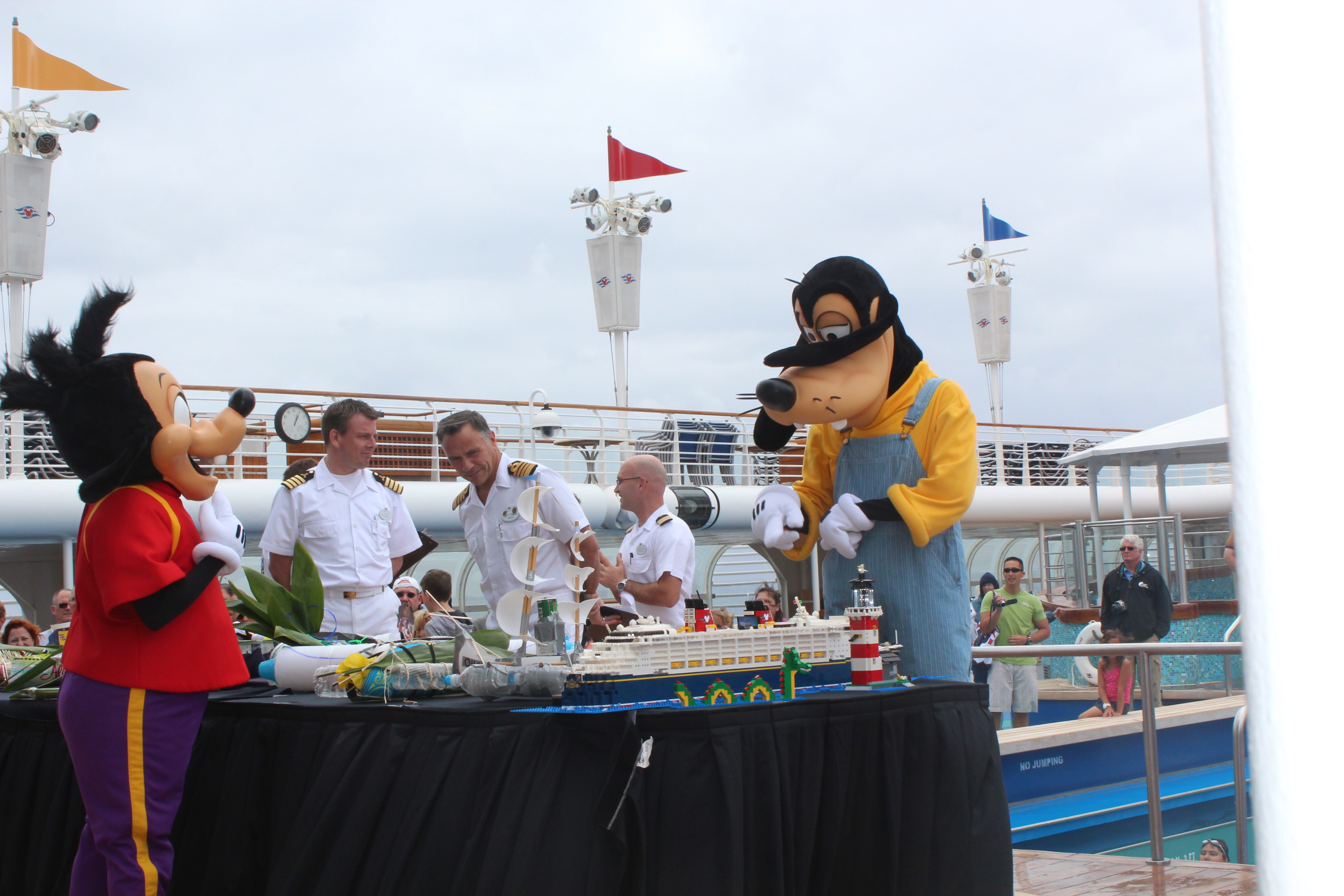 Remember we thought there'd be a boat building contest?  Well, sure enough, Goofy & Max held a vaʻa contest.  Vaʻa is a Hawaiian word meaning canoe or boat, and there were lots of excellent boats there, many very creative, and most with a much more Hawaiian theme than we had.

We also didn't float, which was a bit of a hindrance.  The previous day I had tried to measure the displacement of the ship to figure out how to get her to float.  The scales were forward on deck 9, and going there the Lego Wonder was blown almost out of my hands, the bow crashing to the deck.  Instead I prepared a stunt double Lego outrigger, but it leaked and got swamped (Lego doesn't really tend to sink).

Despite being the only boat not to float, and the fact that the rest of the entries floated for the entire required time, we were given an Honorable Mention, which was terrific.  There were tons of great entries and the judges really had to struggle to choose between them.  Personally I liked some of the vaʻa made from tea leaves and others, very creative.  I'm glad I didn't have to judge!

Since half the ship had seen us building the Lego Wonder on deck, everyone wanted to see it when it was done.  The officers found a place where everyone could take a look, and then later the Lego Wonder was taken down to the crew area so the crew could see it too.  I don't think I've ever had so many photos taken of one of my Lego creations.  Even Mickey and the gang took a look!

One particularly neat thing was that we had noticed another passenger who was blind.  We invited him to explore the Lego Disney Wonder.  What I hadn't realized is that there aren't a lot of touchable models of the ship, so this was I think the first time he was able to get an idea of the shape of the ship.  There were parts he hadn't had a chance to observe before, like all the communication domes and masts on top of the hull. 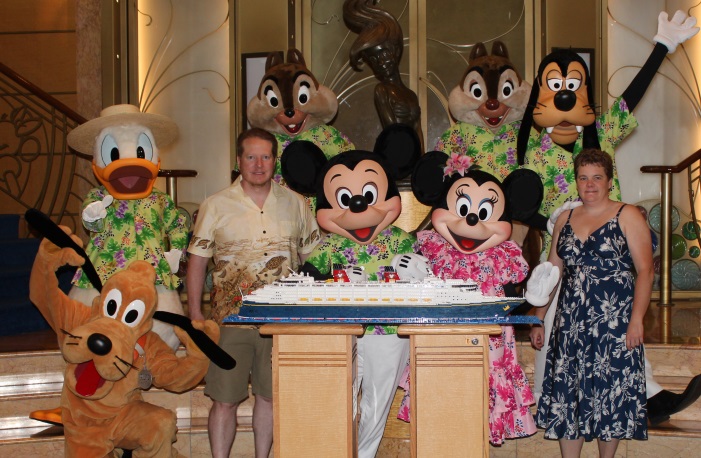 We did leave without the Lego Disney Wonder, but she showed up a couple weeks later in Seattle.  Our first attempt to collect her ran into customs issues, but now she's back!  Our thanks to the captain, crew, and staff of the Disney Wonder for helping to bring her back.  We have no clue how it would've worked on the airplane!  Thanks!

All Done with the Lego Wonder (page 5)