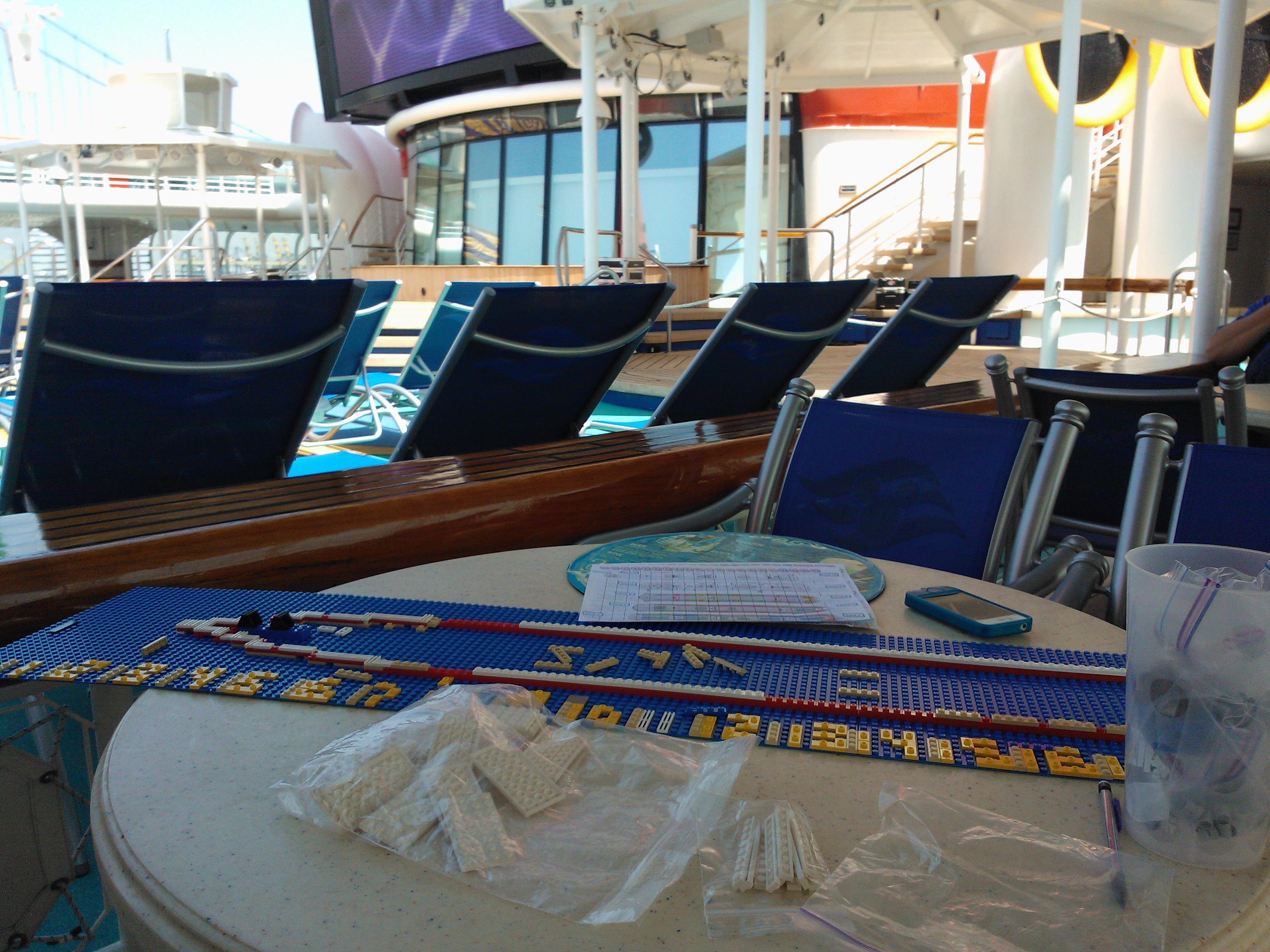 Turning around a cruise ship is an incredible task.  They dock early in the morning, and, after clearing customs, then they have to get a couple thousand people off the boat, somehow reunite them with their luggage, and get them out of their hair.  Then they have to get another couple thousand people (& their stuff) on the boat, and do it in time to leave.  (& that's ignoring all of the food, trash, fuel and other stuff that has to happen)  That this all happens smoothly for the most part is amazing.

So it's not terrible surprising that the incoming passengers like me aren't reunited with their luggage for some time, and that they are left to roam the ship as their cabins are readied.  Knowing this, we planned ahead.  Lara brought a book, the kids brought swimsuits, and I... carried onboard a big bag full of Lego.  (Don't you want to check that sir?  No, I'm fine, really, thanks)

I immediately went up to the top deck and started building.

It takes a little time 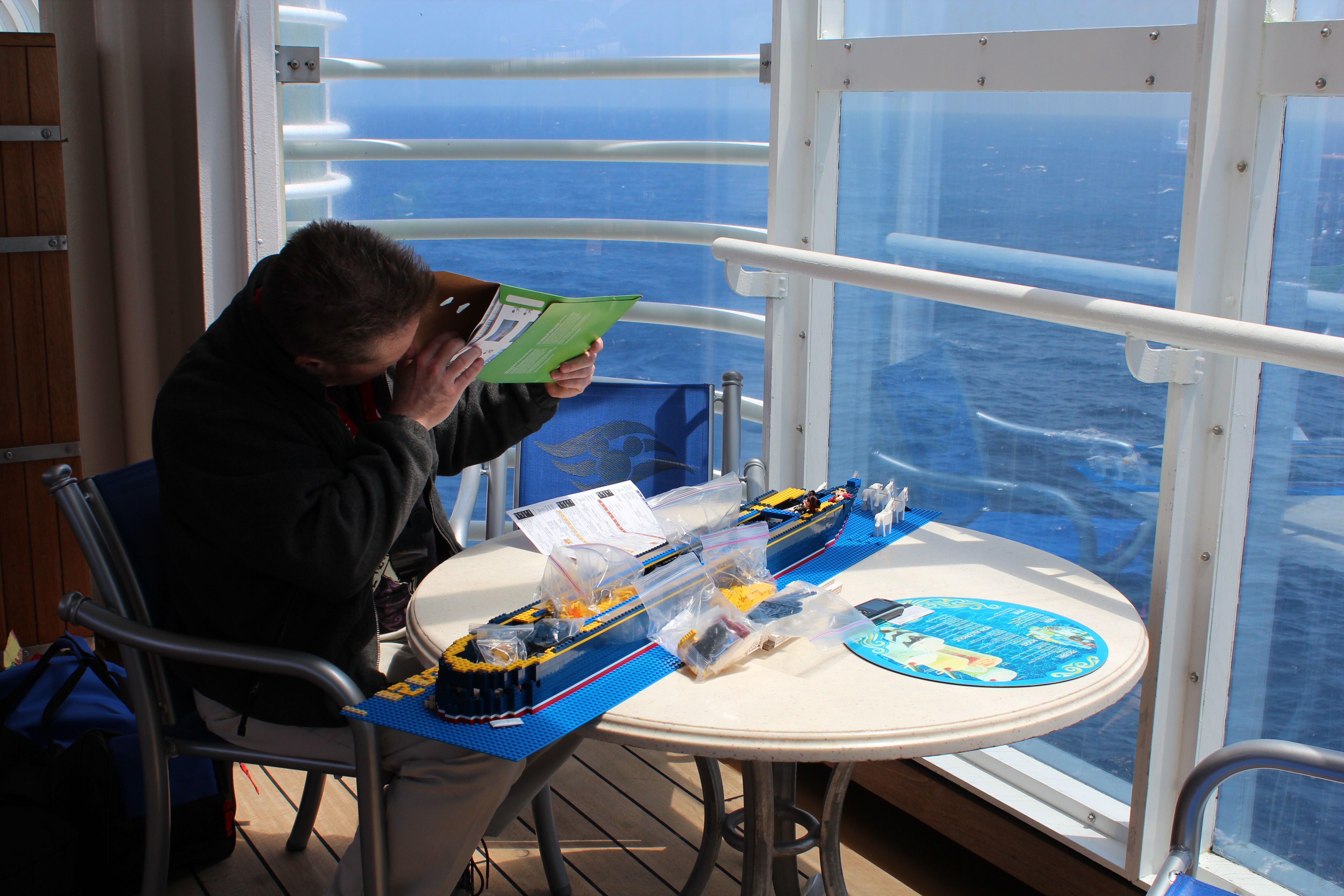 There's a lot to do on a cruise ship, beside build Lego, but we made steady progress.  Before we left, I had mocked up part of one side, in the wrong color, to make sure that some of the sizes were right, but I'd ignored the curve of the stern and the complex curves of the bow.  The hull at the bow bow has a "sharp" point at the bottom, by the waterline, but has a broader more gentle curve up top, so the angles of the bow change every deck.

Also the hull needed structural support near the stern (see the holes for the line handling.  On, I think, deck 4).  Also there needed to be something to hold the bow together since it was built upside down.

By the way, people asked about the bulbous bow.  In my model its below water :)

By now you might be wondering about those horses.  Bing tells me that Disney Wonder has over 77,000 horsepower!!!!  But I still haven't figured out where she puts them all!.  Actually, those were just because, when I was buying pieces, there were bulk horses on the wall and I couldn't resist :) 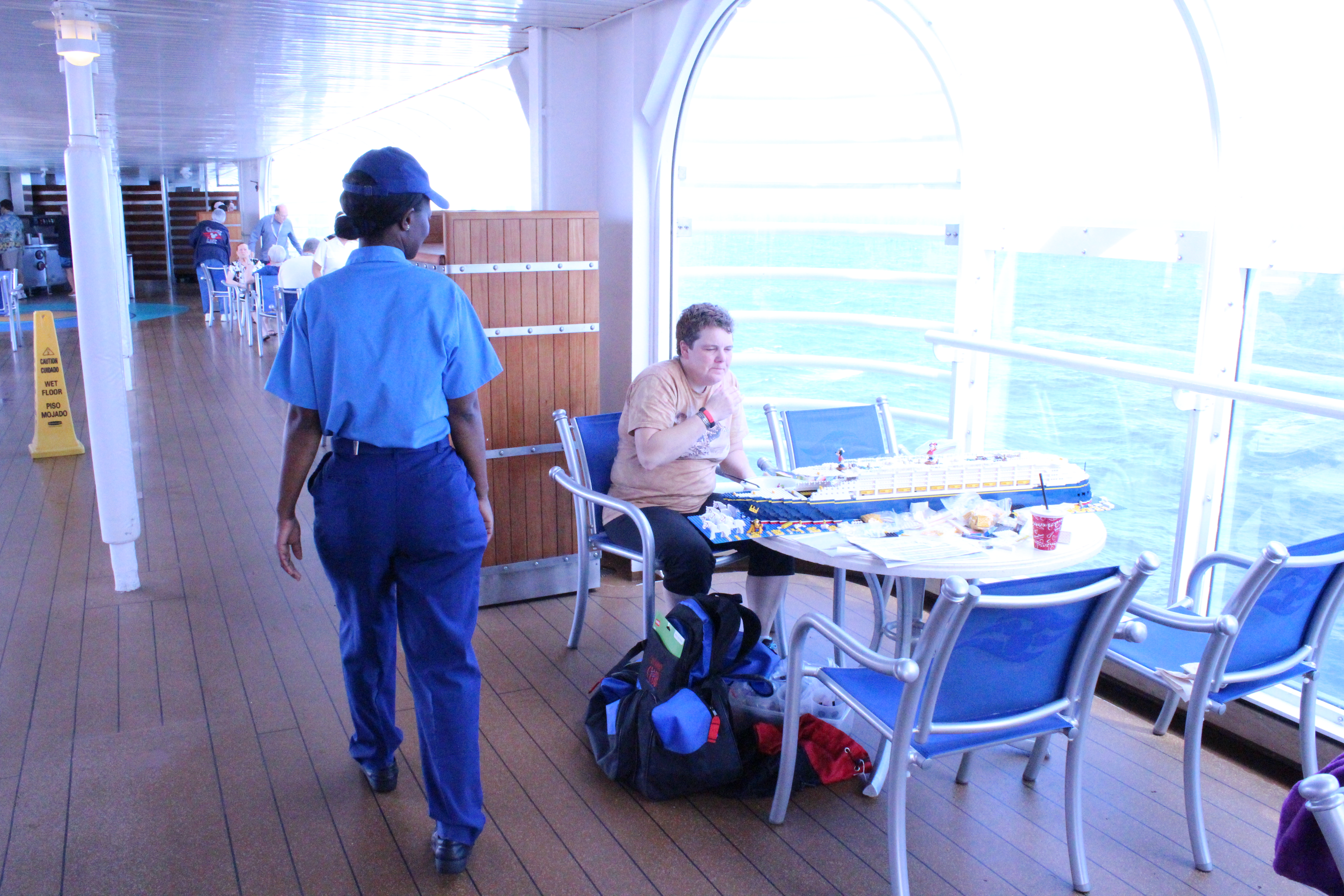 As the days passed, the guests and staff became interested in what we were doing.  Lara & I got lots of praise for the ship. 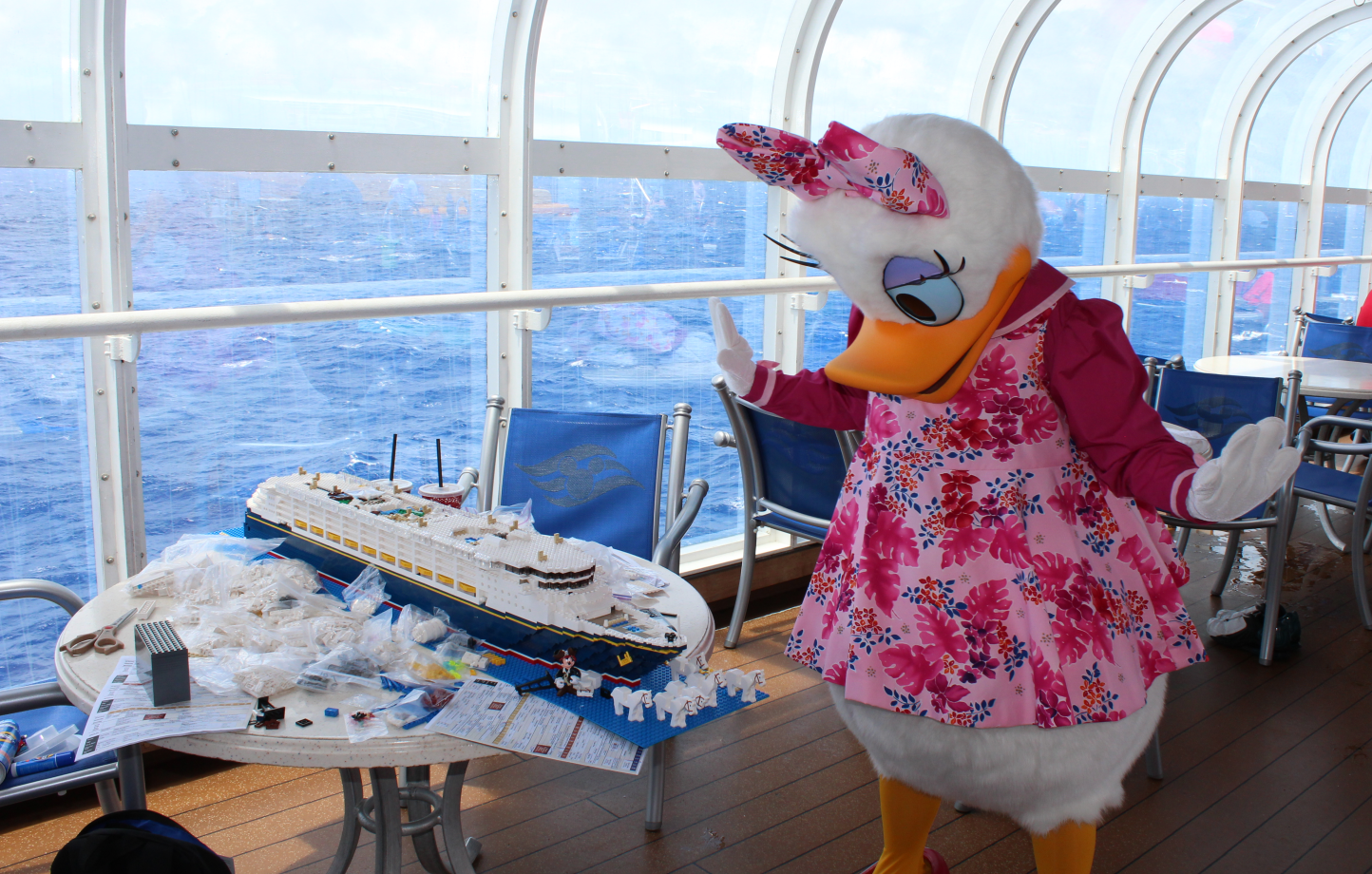 Since it was a Disney ship, humans weren't the only ones that stopped to take a look.  Most of the gang did too, here's Daisy.