This guide outlines a strategy for implementing zero-trust security for web apps. This type of security model verifies the trustworthiness of network packets that flow to applications. A multilayered approach works best, where network security makes up one layer. In this layer, network appliances inspect packets to ensure that only legitimate traffic reaches applications.

In some situations, you can combine different types of network security appliances to increase protection. A separate guide, Firewall and Application Gateway for virtual networks, describes design patterns that you can use to arrange the various appliances. This document focuses on a common pattern for maximizing security, in which Azure Application Gateway acts before Azure Firewall Premium. The following diagram illustrates this pattern: 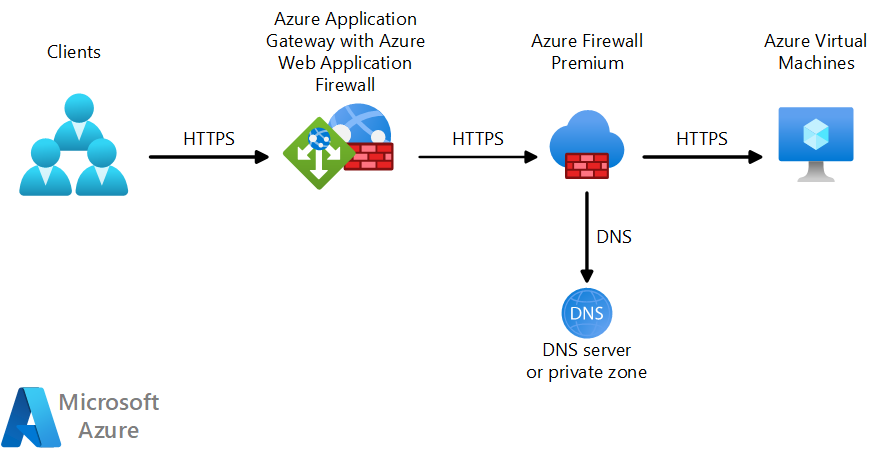 This architecture uses the Transport Layer Security (TLS) protocol to encrypt traffic at every step.

This architecture supports different types of network design, which this article discusses:

From clients to Application Gateway

In Application Gateway, you deploy the digital certificate that clients see. A well-known CA such as DigiCert or Let's Encrypt typically issues such a certificate.

From Azure Firewall Premium to the web server

Application Gateway and Azure Firewall Premium handle certificates differently from one another because their roles differ:

With traditional hub and spoke architectures, DNS private zones provide an easy way to use DNS:

The following diagram shows the packet flow when Application Gateway is in a spoke virtual network. In this case, a client connects from the public internet. 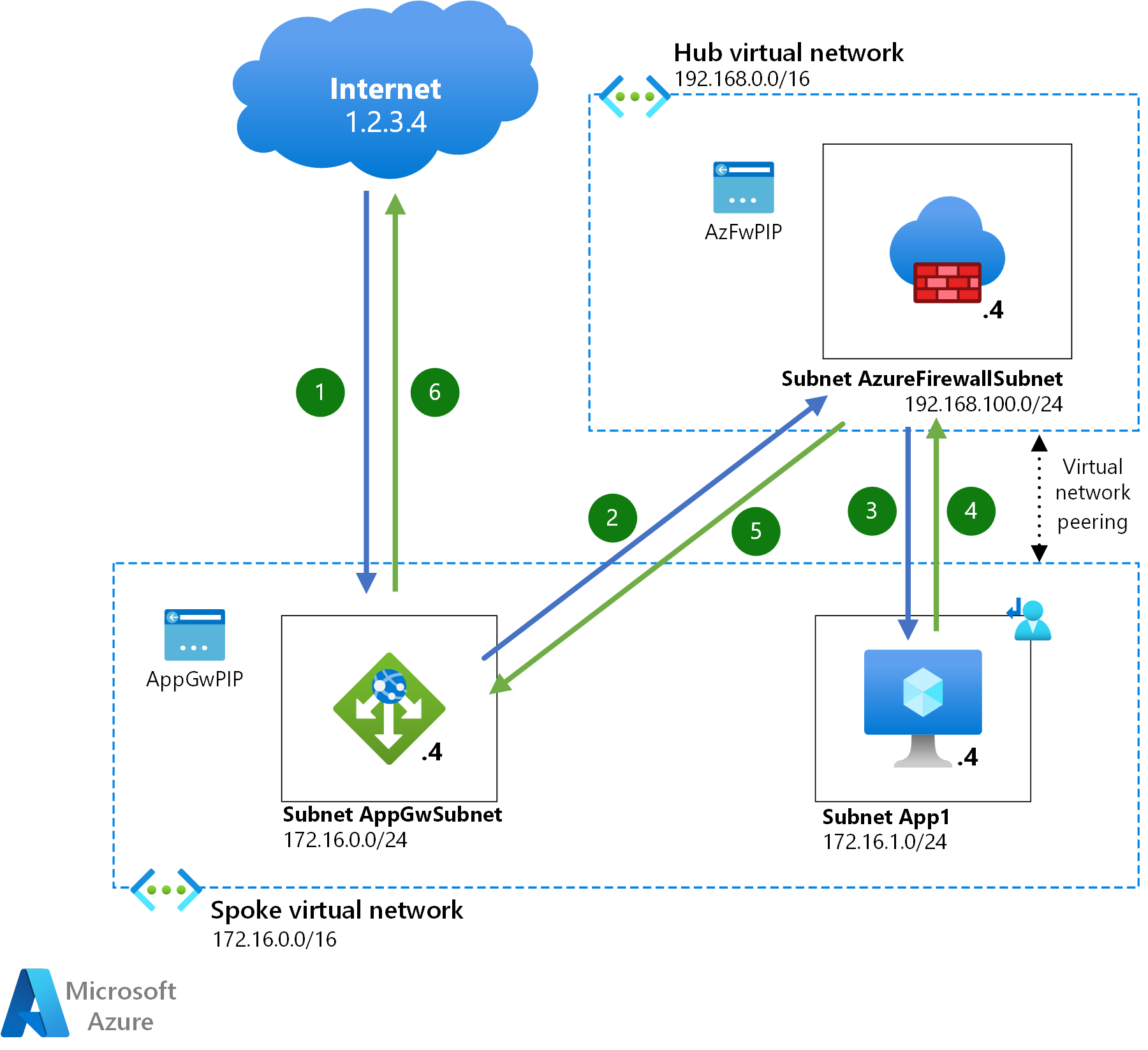 Traffic can also arrive from an on-premises network instead of the public internet. The traffic flows either through a site-to-site virtual private network (VPN) or through ExpressRoute. In this scenario, the traffic first reaches a virtual network gateway in the hub. The rest of the network flow is the same as the previous case. 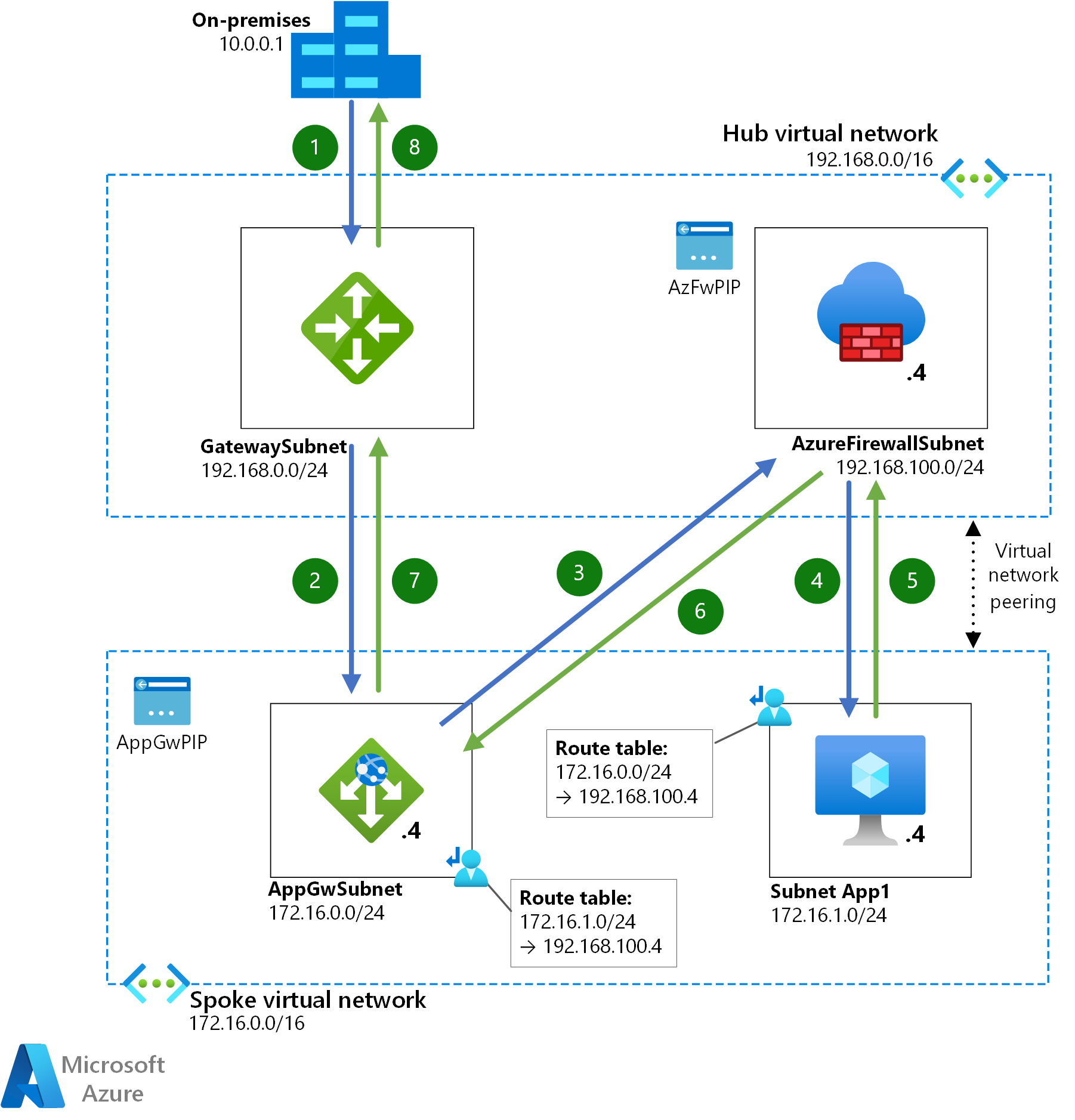 You can also use the networking service Virtual WAN in this architecture. This component offers many benefits. For instance, it eliminates the need for user-maintained UDRs in spoke virtual networks. You can define static routes in virtual hub route tables instead. The programming of every virtual network that you connect to the hub then contains these routes.

When you use Virtual WAN as a networking platform, two main differences result:

The following diagram shows the packet flow in a case that uses Virtual WAN. In this situation, access to Application Gateway is from an on-premises network. A site-to-site VPN or ExpressRoute connects that network to Virtual WAN. Access from the internet is similar. 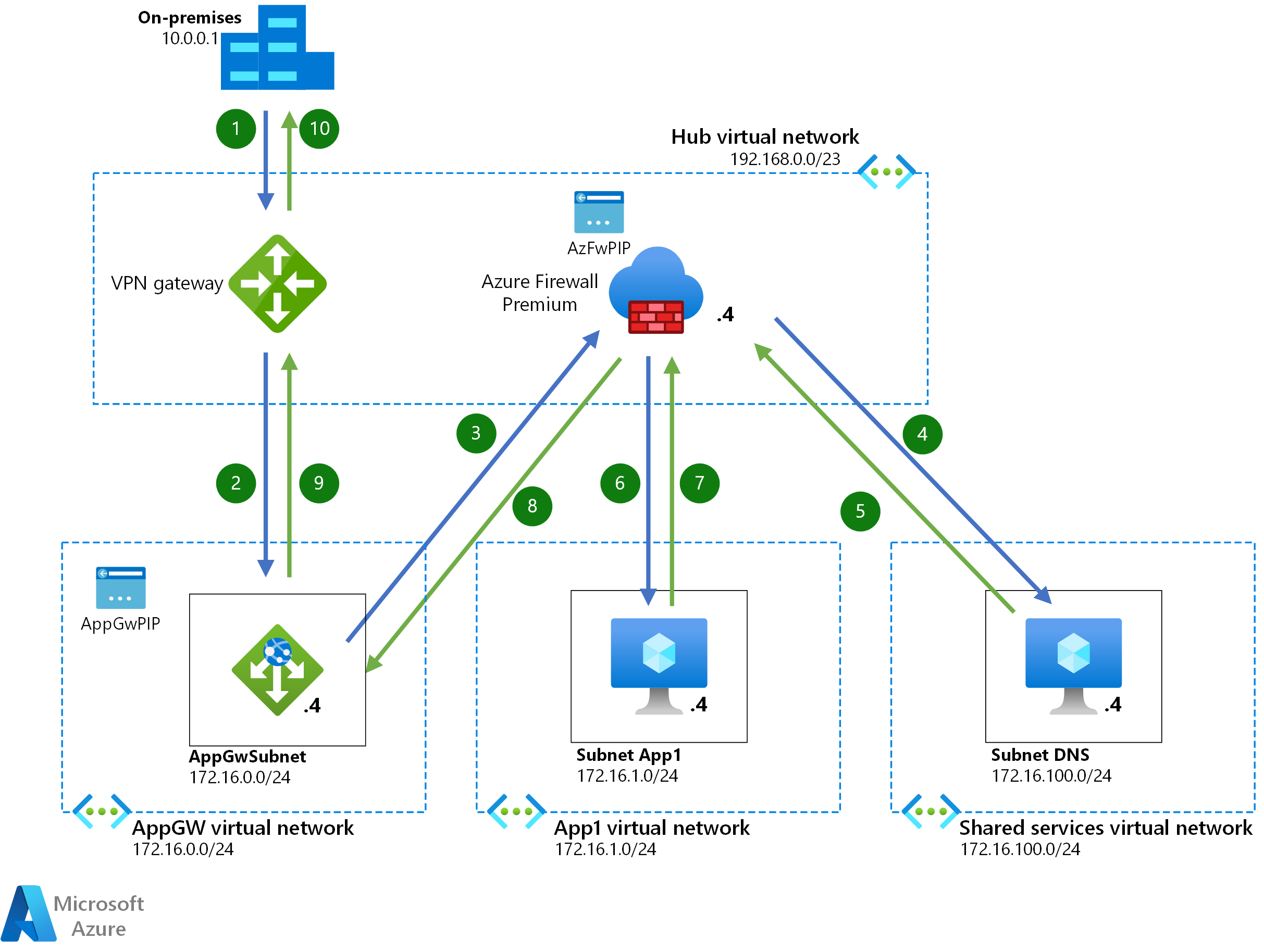 Route Server offers another way to inject routes automatically in spokes. With this functionality, you avoid the administrative overhead of maintaining route tables. Route Server combines the Virtual WAN and hub and spoke variants: 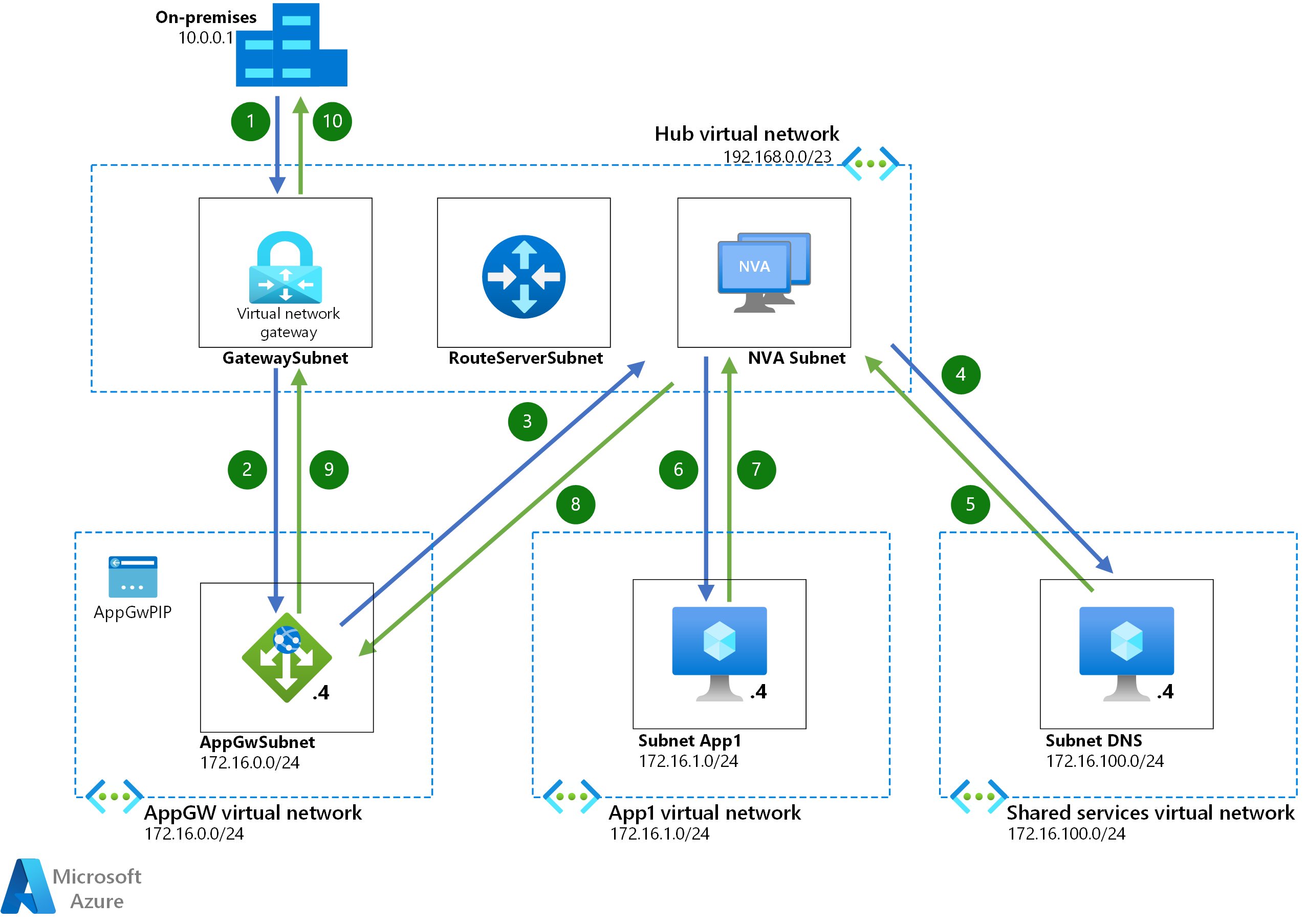