DevSecOps makes security best practices an integral part of DevOps while maintaining efficiency in an Azure framework, starting with the first steps of development. DevSecOps redirects the security focus by using a shift-left strategy. Instead of auditing code and the software supply chain for vulnerabilities at the end of the development process, it shifts to the beginning. Besides producing robust code, this fail fast approach helps resolve problems early on, when they're easier and less expensive to fix.

With many security capabilities, GitHub offers tools that support every part of a DevSecOps workflow:

These features provide a superb service for building secure cloud solutions combined with the monitoring and evaluation power of Azure. 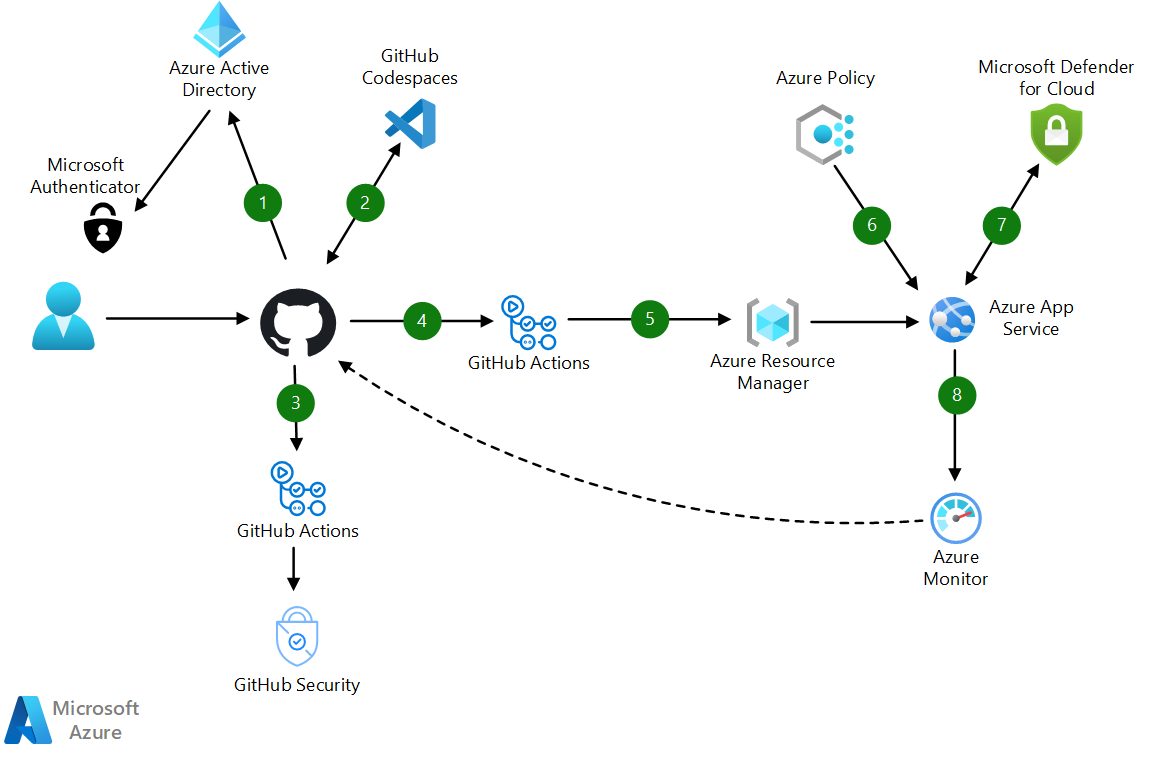 When GitHub identifies a vulnerability, it takes the steps illustrated in the following diagram. 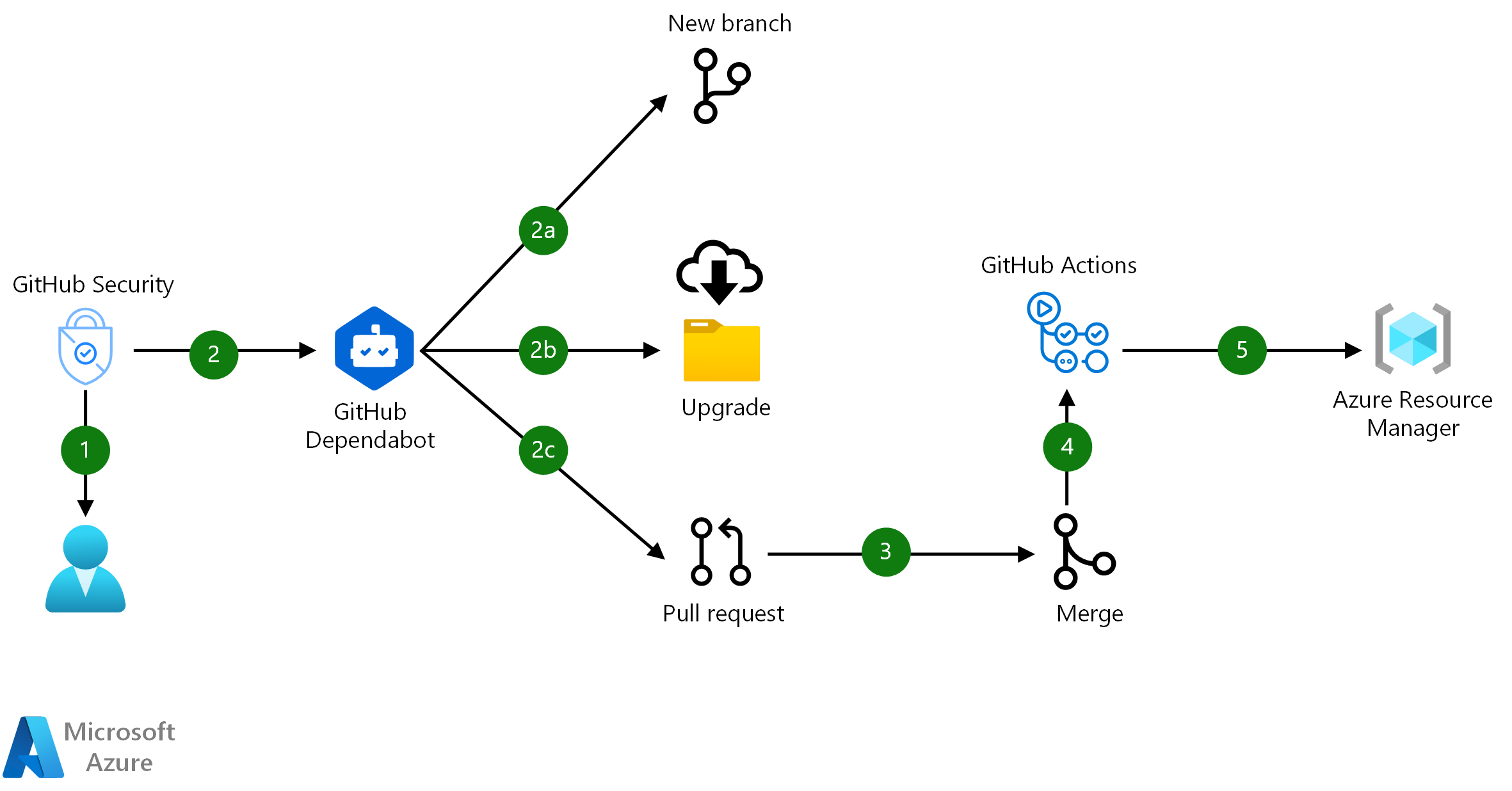 Architecture diagram illustrating a chain of events in a GitHub DevSecOps implementation. At the outset, GitHub identifies a vulnerability and sends an email alert. Dependabot then creates a branch, updates the vulnerability source, and creates a PR. The branch merges. In the final step, GitHub Actions deploy the new app.

To keep GitHub DevSecOps solutions aligned with the tenets of the Azure Well-Architected Framework, consider the following points when deciding how to implement this architecture.

For long-running or complex Actions, host your own runners for CI/CD jobs. You can then choose computers with powerful processing capabilities and ample memory. See About self-hosted runners.

Reliability ensures your application can meet the commitments you make to your customers. For more information, see Overview of the reliability pillar.